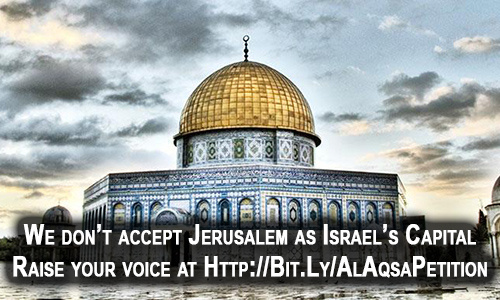 US President Donald Trump recognised Wednesday the disputed city of Jerusalem as Israel's capital — a historic decision that overturns decades of American policy and risks triggering a fresh wave of violence in the Middle East.

We condemn US President Donald Trump's recognition of Jerusalem as Israel's capital as this decision only increase tensions in the region and beyond. It is not the right of the US or any other government or people to decide which city should be the capital of any country.

We urgently request the United Nations to protect the rights of the Palestinian people as stated in international resolutions.