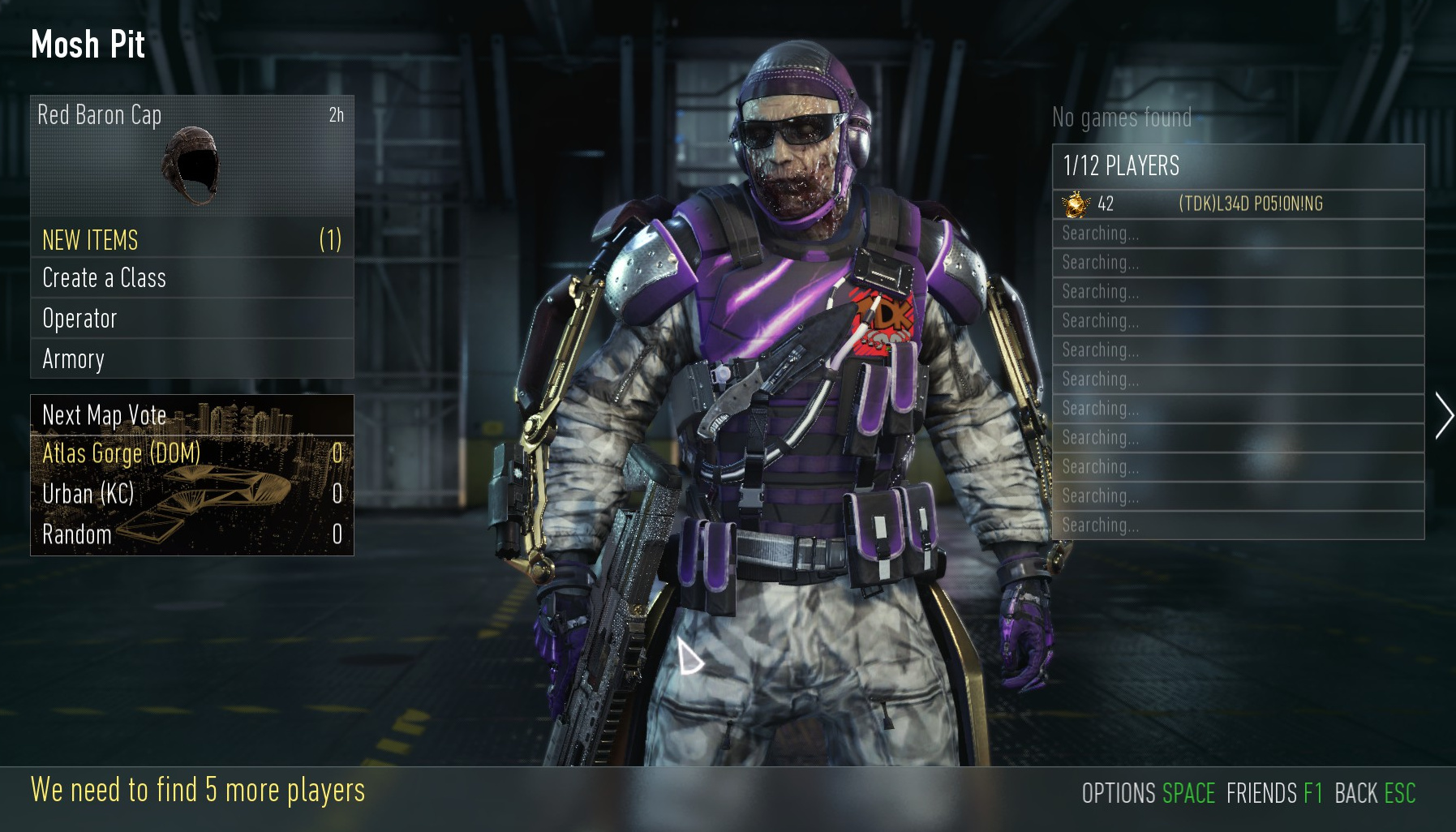 For PC players (and i speak for South African players), trying to find a game to play in Advanced warfare is virtually impossible, we have a torrid time finding any matches whether it be TDM, Moshpit, or any other game type. We don't have a huge no. of players in South Africa, and as your system is designed to put you in 'the best match, with balanced teams composed of players of varying skill from your geographic region'.

This does not work for us, how do we play if we cannot find a game, except for the odd local match - normally from a couple of our local clans? It is ridiculous and frustrating situation. We can sit for hours in one lobby and still cannot find a game, we have to play Clan wars against our own team members, and there are nodes (game types) we can't capture for the lack of finding any players., Thanks to your system that limits us from playing with those in other geographic regions, this game is causing players to become very frustrated and angry.

I personally have the Season Pass, and since the DLC's have came out the situation of not finding games has got worse. I have probably only played a few dozen odd matches on the new maps, and for someone like me that has spent 100's of hours on every game COD that has ever been released, this is totally unacceptable. We spend our hard earned cash on a really good game, but a game that's pretty useless to us as we have to spend hours to get a game, if we lucky. Since the DLC's have come out, we can not even play on the stand maps, and since the South African matchmaking pool is quite low, the DLC makes the matchmaking pools even smaller.

I do not know how this situation can be resolved, maybe setup the system to find games in our longitude give or take and hour or two.( eg let us find games with all African countries, France, United Kingdom and other parts of Europe).

I have played every single COD game released and seriously considering not spending my hard earned money on Black Ops 3.