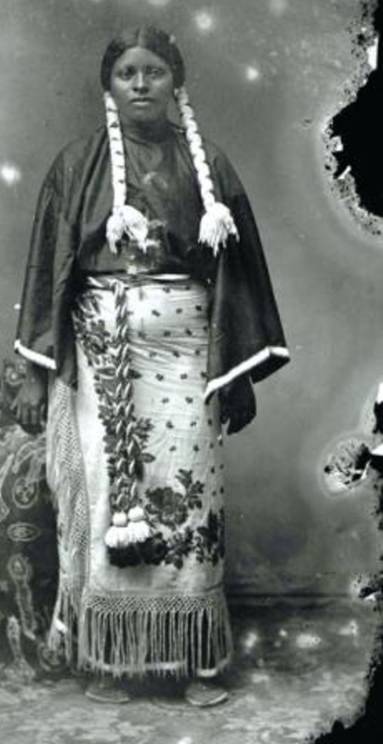 We the people born from the heritage of America under the colonial identity for 500 years of American Indian and Negro will not accept a change to our identity as Africa Americans.Identifying with this political/artificial identity makes our population foreigners to our home with Earth. We are not foreigners to America or refugees in America..

WE are requesting an International observation with an investigation into the United States policy's ,used against indigenous people label Negro or black America, if implemented and unchallenged will lead to acts of genocide

U.S. policies towards the Indigenous heritage to America, if accepted by the international community will allow the U.S to maintain the invisibility, and ethnically cleanse the population of 36 million people Indigenous to America and eliminate their fundamental human rights under all international declarations, conventions, resolutions and treaties.

The Declaration on the rights of Indigenous peoples professes to recognize inherit rights which are the foundation for human and fundamental rights.

The United States has removed the choice of American Indian and “Negro” as an ethnic category for racial identification for the indigenous population with America heritage, classified as “ Negro” used on birth certificates and past U.S. Census for generations to identify millions of people born from females heritage indigenous to America. Currently, the ethnicity and race used to describe the population indigenous to America who are descendants of American Indian grandmothers in the United States is “Negro” aka black American”.

Reclassifying the population indigenous to America from Negro to African American erroneously changes our race origins from America to Africa. It is a form of genocide as political” ethnic cleansing” to reclassify an indigenous population of people, which in turns, politically erases them from current and continued existence as a population living in their home with Earth. . In addition, erasing the colonial identity of Negro removes the population placed under this identity and their future generations from their Trustee position in their Public Land Trust, political history and cultural heritage, national accomplishments and contributions belonging to the American Indians as Negroes and federal and state civil laws written to protect the American Indians as “Negroes”.

Since the 1868 civil war treaty known as the Public Land Trust that was created in exchange for discontinuing in the United States support for the human trafficking trade in American Indian females as Negro's and their children as commerce for their Earth inheritance to land in America. The “Trust” was created to make the U.S administrators/protectors over the Earth inheritance to America belonging to the females of America and their descendants placed under the identity of Negro . The American Indian as Negro was made Trustee / Beneficiary in the trust, consisting of 770 million acres of Earth in America. As a result of the creation of the Public Land Trust , the United States became the United States of America,.

In the "American Dictionary of the English Language Noah Webster 1828" the definition of American is defined as "A native of America; originally applied to the aboriginals, or copper-colored (light- to dark brown-skinned)race, found here by the Europeans; but now applied to the descendants of Europeans born in America".

The term “African American” does not apply to the people who are descendants from indigenous females of the Americas labeled at birth as “Negro” living in the United States. Also, the category of American Indian should not be limited to federal tribal affiliation as “Native American”.

The request is not to change the citizenship of any individual, or population, but to find remedy for the indigenous heritage population for America to be able to accurately categorize the ethnicity and race of the individuals having origins to North America with in the United States.

If a separate category is not added to the U.S. Census, federal law, the consequence of this action will force millions of people under the racial identity of Negro who are indigenous to America, no recourse for correct self-identification with the United States Census.

If this horrible crime against the humanity of the population to America is accepted as of 2020, the race of American Negroes would have vanished from the United States like their ancestors labeled American Indians before them. Leaving the current population of the "Children to America" aka Negro peoples and their descendants to be permanently identified as immigrants to this country and refugees in their home on Earth.

.As immigrant refugees signified by the ethnic label African Americans opens political avenues for legal deportation of,and removing naturalization for the population indigenous to America living under the United States .

As African Americans or immigrant minorities/ refugees removes from the people indigenous to America or Negro population their human and fundamental rights and international protections with the Declaration for Indigenous Rights. ILO69 and other international instruments for redress.

We request the assistance of the expert mechanisms on the rights of Indigenous peoples to provide assistance towards a remedy for the indigenous people with America- Amerindians aka Negro or American Indians to be recognized as a separate/ collective- ethnic population still living with America in the United States .