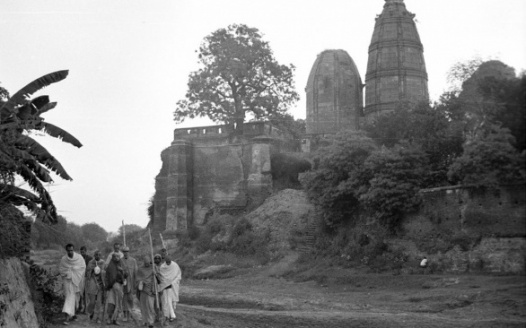 By joining this petition, we hereby take a stand for the sanctity of Sri Vrindavan Dham. Sri Vrindavan Dham is the very seat of Bhakti and the sacred heart of Hindu Sanatana Dharma, therefore, being a crown jewel of our heritage sites. We hereby ask, beg and implore the government to implement the same standards of sanctity and preservation as any other world religious capital such as Jerusalem, Mecca and The Vatican.

There must be NO random billboards, wall paintings and bill plastering allowed in our sacred grounds. Only government billboards with helpful signs such as directions and helplines should be allowed. There can be designated spots to advertise events but that’s all. We hereby unite, in order to preserve Vrindavan from turning into a regular, “run of the mill” city.

We will bring these signatures to the Municipality after collecting a certain amount of signatures.