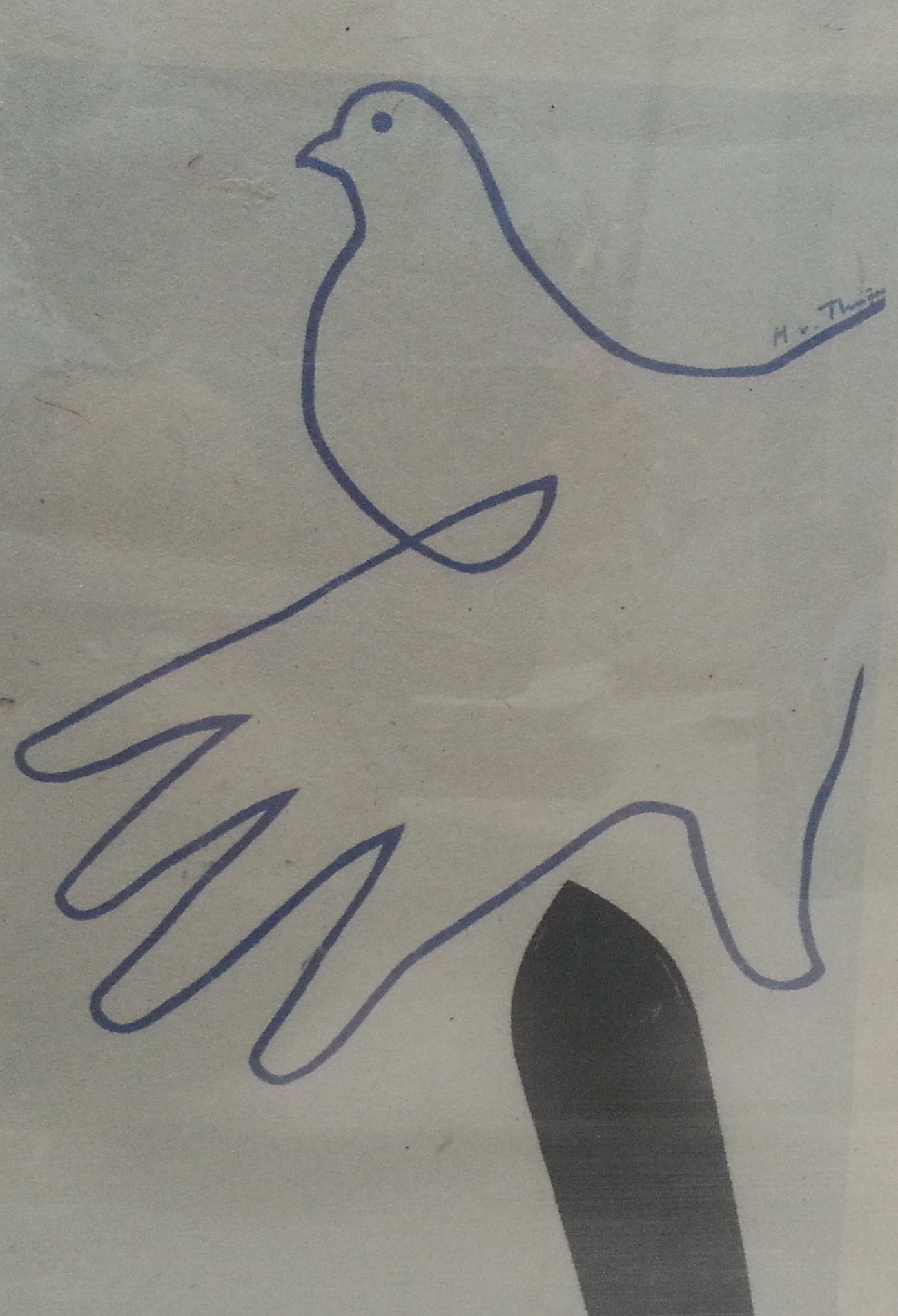 We write on behalf of many veterans of the American peace movement during the Vietnam era with a deep concern that taxpayer funds and government resources are being expended on a one-sided, three-year, $30 million educational program on the "lessons of Vietnam" to be implemented in our nation's schools, universities and public settings.

We believe this official program should include viewpoints, speakers and educational materials that represent a full and fair reflection of the issues which divided our country during the war in Vietnam, Laos and Cambodia.

We support the announced purpose of honoring our veterans for their idealism, valor and sacrifices, assuming that the full diversity of veterans' views is included. As you know, anti-war sentiment was widely prevalent among our armed forces both during and after service, and was certainly a factor in bringing the war to a close.

Our current Secretary of State, John Kerry, was an important example of GI anti-war commitment. He served with distinction, was wounded in battle, eloquently testified in Congress and joined with Vietnam Veterans Against the War to return ribbons and medals in protest at the Capitol.

No commemoration of the war in Vietnam can exclude the many thousands of veterans who opposed it, as well as the draft refusals of many thousands of young Americans, some at the cost of imprisonment or of exile until amnesty was granted. Nor can we forget the millions who exercised their rights as American citizens by marching, praying, organizing moratoriums, writing letters to Congress, as well as those who were tried by our government for civil disobedience or who died in protests. And very importantly, we cannot forget the millions of victims of the war, both military and civilian, who died in Vietnam, Laos and Cambodia, nor those who perished or were hurt in its aftermath by land mines, unexploded ordnance, Agent Orange and refugee flight.

Your official commemoration should be an opportunity to hear, recognize and perhaps reconcile or heal the lasting wounds of that era. If the US government cannot provide a bridge for crossing that Vietnam divide, how can we urge reconciliation in other parts of the world where sectarian tensions are on the rise? We believe, as did such a huge proportion of the US population decades ago, that the Vietnam war was a mistake. No commemoration of the war can ignore that view. How else can we as a nation hope to learn the lessons of Vietnam, to avoid repeating that mistake over and over again?

The commemoration can also provide a model for international reconciliation by respecting the growing ties between the US and Vietnam, Laos and Cambodia. Whether current reality is seen as a hopeful illustration of moving beyond old conflicts or as evidence the war was unnecessary, the commemoration should not reopen wounds with new friends in Indochina by conveying a one-sided view of our shared history.

Please consider that our government is restricted by laws and precedents from subsidizing "viewpoint discrimination", in the phrase of respected constitutional scholar Erwin Chemerinsky, dean of the UC Irvine law school. Dean Chemerinsky cites the US Supreme Court decision, Rosenberger v. The University of Virginia [1995] where the Court found that students at a state-supported institution could not be denied the same benefits that other student groups received simply because of the nature of their views. Other laws and regulations going back to the 1950s forbid the government from using appropriated funds for self-aggrandizing propaganda or "puffery." In 1987, the US Government Accounting Office [GAO] investigated and chastised the State Department for funding propaganda pieces on Central America to influence public opinion in the United States.

As we observe the fiftieth anniversary of the war and the concurrent anti-war movement, we would like you to consider the following:

[1] an immediate meeting to explore the differences and similarities of our perspectives;
[2] a voice for peace advocates in reviewing and preparing educational materials;
[3] a mechanism for attempting to resolve factual disputes as to the war's history;
[4] invitations to peace advocates, as appropriate, to public conferences and dialogues sponsored by your agency;
[5] an exploration of your possible presence at the fiftieth anniversaries of the teach-ins and first march against the Vietnam War next spring.

Thank you for your consideration.