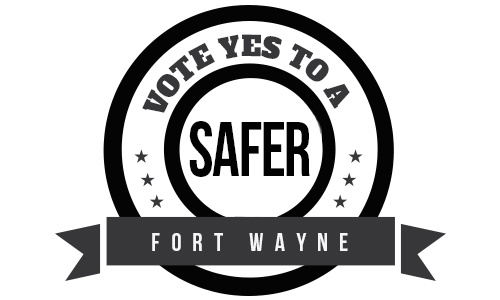 We, the citizens of our great community of Fort Wayne, Indiana, wish to voice our support for Councilman Russ Jehl's proposal to help reduce violent crime and illicit drug use in our city through his proposal of a new city ordinance to restrict the sexual activity operating hours at Sexually Oriented Businesses in the City of Fort Wayne.

We understand that, according to data from both our local police and first responders as well as national studies, Sexually Oriented Businesses generate an unnecessarily high percentage of police interaction (86% of the days of 2016), with 68% of those police calls being placed after 12:00 a.m. This constant strain on our law enforcement and first responders reduces law enforcement's abilities to provide protection to the rest of the law-abiding families and business owners in our community.

With the rampant crime in Fort Wayne continuing to be a problem, this ordinance is a common-sense proposal that correctly deals with areas that, according to the Common Council, breeds dangerous crime in our community, including fights, violence, unlawful sexual activities and illicit drug use. Sexually Oriented Businesses require special supervision from the Police Department and other public safety agencies of our city in order to protect and preserve the health, safety and welfare of the patrons of such businesses, the employees of such businesses, and the citizens of the city.

We ask that you pass this common sense ordinance to protect our families, our businesses, and the employees of such businesses and their families from the detrimental and sometimes deadly effects of unrestricted sexual activities at such Sexually Oriented Businesses in Fort Wayne.