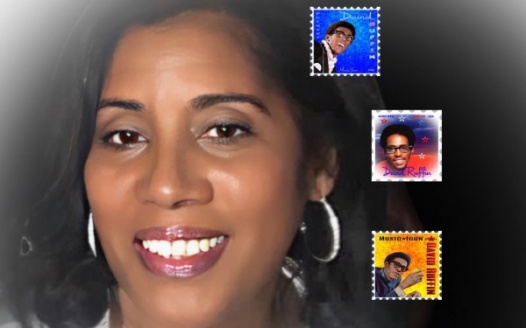 What can one say about David Ruffin? David Ruffin was a man with a DIVINE voice. Most remember him with the sensational group the Temptations. He was the voice that would send chills all through your body. After numerous hits with lyrics such as, "I've Got Sunshine On A Cloudy Day, or "Sunshine Blue Skies, Please Go Away. My Girl Has Found Another, and Gone Away." Wow, just saying those words brings back fond memories. I'm sure for you too. However, after many years with the group, David ventured out as a solo artist. He was now David Ruffin by his own merits. After many great number one hits, David Ruffin became a tower within a short period of time. "My Whole World Ended, Common Man, I Miss You, and Walk Away From Love," (just to name a few) took him to new heights. After many years of success, David's life was cut short. David has received many posthumous rewards. He has two streets named after him. He is in the Rock & Roll, and R&B Hall of Fame. In 1995 he was inducted into the Hall of Fame in Jackson, Mississippi. He has two streets named after him. One in Detroit MI, and a street in Meridian MS, his hometown. However, even with these great accolades, people are asking, "Why doesn't David have a postage stamp?" I thought, hmmm. Why doesn't he? Well, myself and many of his fans would like to see this happen. So, I'm asking you to sign this petition on his behalf. You see, David Ruffin wasn't just a voice, or an artist, he was my Dad. My Dad loved to entertain. He loved it when his music made people happy. His music has helped people from all walks of life. My dad made people dance, laugh and forget about their everyday troubles. He gave the world his love and that was through his music. I am Cheryl Ruffin-Robinson, and getting my Dad a USPS Forever Stamp would be the cream of the crop. To see my Dad's face among other great music icons, words could not begin to express our gratitude. So for those that vote YES FOR DAVID, I thank you on behalf of the Ruffin family.