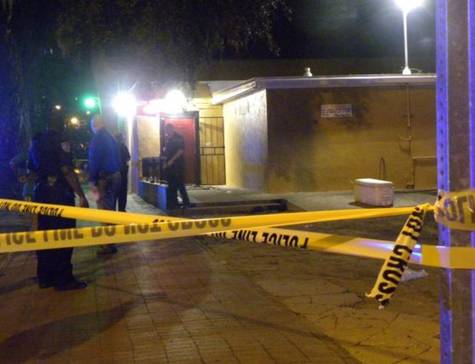 Vote “No” to Liquor License for “Bank’s Wings & Things”

The last time alcohol was served at this establishment, the residents and community suffered greatly. Public drunkenness and vulgarity, outward drug and prostitution crimes, as well as vandalism and violent confrontations were the norm.

The years since the bar was closed has seen enormous strides made in our neighborhood. The illegal boarding house which operated on our street was shut down by the city of Savannah and replaced with apartments for students. The lack of clientele from the bar and boarding house has caused the hookers and dealers to look elsewhere to sustain their businesses.

It is easily foreseeable to suppose many of the previous problems will recur if alcohol sales are again permitted at this location. We welcome Mr. Johnson, or anyone else for that matter, to open a business or restaurant on our street. However, a new bar can only add to the crime problem our city is trying so desperately to overcome.

This petition is to encourage Savannah city officials to vote "NO" on approving a license to sell alcohol at Bank's Wings & Things located on Montgomery St at West 41st. Further concerns include, late hours of operation, lack of sufficient parking, security, noise, etc.

The hearing is currently scheduled to take place February 4, 2016 at 2:00pm, City Hall, 2 E Bay Street, Savannah GA 31401. IMPORTANT UPDATE!!! The meeting has been delayed until Thursday, February 18th, 2016. Further information will be provided when it becomes available.