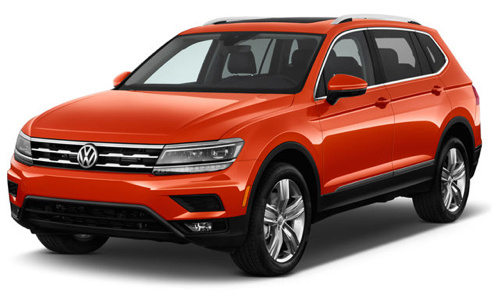 I bought a used 2012 Volkswagen Tiguan with 64k miles with a great Car Fax report showing regular maintenance. I purchased the vehicle last year (2017) and was in mint condition inside and out and operated very well.

Fast forward a year later (2018) with 74K miles and with its regular maintenance such as oil changes… the dreaded "check engine" light turned on. Without thinking the worst, I immediately took my Tiguan to my trusted local mechanic for a diagnosis. The diagnosis came back with an error code reading P0299 which is a malfunctioning of the turbo charger. My mechanic suggested that I take my vehicle to a Volkswagen dealership to see if my car was still under warranty in order to aid in the repair.

I proceeded with his suggestion and after leaving my car overnight with Volkswagen, they ran another diagnosis and came back with the same error code (P0229). My vehicle was no longer under warranty and was given a report of the diagnosis with costs for the repair. The total cost to repair the malfunctioning turbo charger was $2,800.

I began to look into this issue more because I just couldn’t believe that a vehicle with 74k miles would have a serious problem. It just doesn’t make sense that it is going to cost me more than 25% of the vehicles retail value to get it fixed. I went online and looked at various Volkswagen forums to see if people were experiencing a similar situation. The consensus was that people were having similar issues with the error code P0299 malfunctioning turbo charger. The majority of the people reporting this issue were Tiguan’s between the years 2010-2013(and some newer ones as well) with low mileage.

So what’s the big deal? It is just something that happens right? It is a big deal because it raises some questions when several people are experiencing the same issue over and over on relatively new Tiguan’s.

This pretty much boils down to a petition for Volkswagen Tiguan owners to be heard by reporting this issue that could possibly be a recall.