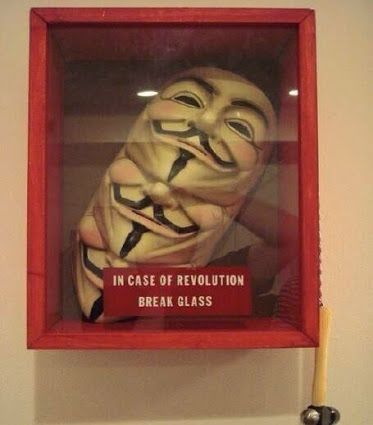 Voice to the Voiceless Solidarity Declaration, 2014

We, a diverse group of people brought together by the spirit of resistance, recognize that the time has come for brave, cooperative action to throw off the chains of our current broken and outdated political and economic institutions. We, the 99%, hold that all life on earth is inter-connected and endowed with certain natural rights which cannot be granted or permitted by any coercive institution.

Because we are deeply concerned with the violations of these rights perpetrated by corporations and corrupt governments, both here and abroad, and fear for the future of our planet and our children, we declare our moral and spiritual outrage regarding the failures of our current oppressive political and economic systems. Rising to the challenges posed by tyranny, we stand in solidarity with one another and all people who strive not only to survive, but to lead lives of dignity, integrity and freedom.

In contrast to the exploitative political agendas of those currently in power in the United States, we declare that we are together committed to higher ideals, including (but not limited to) the following:

· GLOBAL PEACE. End wars and interventions by the U.S. and its operatives; stop wars motivated by aggression and profit, even when presented publicly as “just” wars. Immediately dismantle the military-industrial complex, weapons of mass destruction & foreign military bases. Stop the “War on Terror” & prosecute our own high-level terrorists & war criminals. End all participation & direct or indirect financial or political support for troops, "advisors" & bases / "outposts" of the U.S. government & its allies (especially in Afghanistan, Iraq & the Middle East). Immediately withdraw support for Israel in its attacks on Gaza & the Palestinians. End U.S. government's destabilization policies in Latin America, Ukraine & around the world.

· REDEFINING HOW PRODUCTIVE & REPRODUCTIVE LABOR IS VALUED. Freedom from slavery & unfair/intolerable work conditions! All work is valuable, including women's traditional work. The right for all to a living wage and to unionize. Reproductive rights.

· RESTORATION OF OUR CIVIL LIBERTIES. Reinstate & protect freedoms of speech, assembly & the press/internet. An end to the police state, including infiltrations and National Security Agency spying & the prison-industrial complex. Prosecute police brutality & murders. End the "War on Drugs", which has led to mass incarcerations as well as violations of Latin Americans’ (and others') rights. Protect the human rights of the institutionalized & the imprisoned. Outlaw the death penalty & the use of the Segregated Housing Unit (solitary confinement), which has been likened to torture by the United Nations. Free all political prisoners now!

We envision a society guided by compassion, wisdom, equality, and life-affirmation, in contrast to today’s materialism, militarism, greed and prejudice, which inevitably will lead us to the destruction of life on earth. Our governments have proven they are incapable of fairly representing us or addressing our grievances, and so we are compelled to rise up together, using direct democracy, non-violence, and the forging of collective will to guide us towards the creation of a new and more cooperative global society.

We pledge to support one another and to participate in direct actions, non-violent resistance, creative protests, Occupations/sit-ins, boycotts, strikes, teach-ins, assemblies, and in any other ways which we individually or together feel called for the purpose of enacting the collective will of oppressed people everywhere. Another world is possible!

This is a living document that can be edited in the future by a direct democratic process of the people.