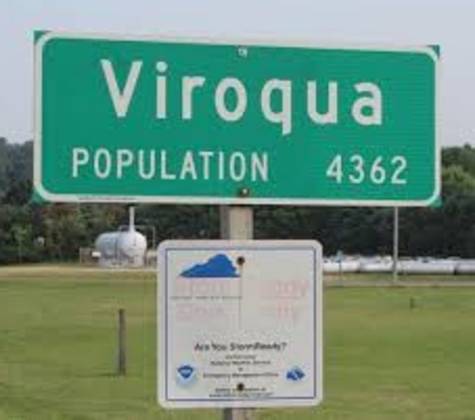 Viroqua: A Leader of Unity and Inclusiveness

Whereas the city of Viroqua’s tagline is “Viroqua —Growing Forward” which suggests a commitment to progress, and whereas we are already a leader in rural development:

We are a group of citizens and businesses from the city of Viroqua who would like our town to be a leader in embracing both cooperation and diversity. With an increasingly diverse population in the United States accompanying increased political and ideological divisions, we would like our city to lead the way toward unity and inclusiveness.As such, we are spearheading an effort to declare and demonstrate the safety of our community to residents and visitors alike.

Our goal and intention is to nurture a community atmosphere free from racism, religious intolerance, sexism, ageism, homophobia, harassment, discrimination against those who are differently abled, or discrimination based upon an individual's political views or beliefs. Each member of our city is responsible for fostering an atmosphere imbued with dignity, respect, acceptance and positive regard for all members of our community.

Be it resolved that the city of Viroqua, its businesses, residents, and law enforcement will not tolerate behavior that violates or infringes upon the civil and statutory rights of any individual or group, and will promise to protect the safety of marginalized people.

We would like to see this commitment stated on the Viroqua City website as well as be reflected in the policies of law enforcement.