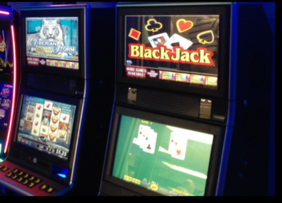 We the undersigned support Indiana House Bill 1262 legalizing Video Gaming Terminals (VGTs)* in the State of Indiana to be owned and operated by licensed coin-operated vending companies. VGTs have the power to generate millions of dollars in revenue which can be distributed locally and statewide. On a local level, allowing VGTs in locations will bring additional patrons to VGT licensed establishments, stimulate the economy and support the small business owners. In neighboring states, similar laws have been passed have generated nearly $550 million for small business owners in just a few years.

*What are Video Gaming Terminals (VGTs)?
VGT is an electronic video gaming machine that can be paid to play or simulates a gambling game such as poker, line up and black jack. VGTs use a video display and award winning patrons with free games or credits that may be redeemed for cash. If legalized, VGTs can be placed in bars, truck stops, taverns and any additional licensed locations.