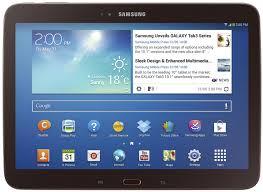 WELL DONE EVERYONE, WE DID IT!! HAPPY CHRISTMAS!!!!

On 29/11/13, very.co.uk held a 'black friday' event selling goods at reduced prices. One of the items for sale was the samsung galaxy tab 3 10.1" in black for £129. They were later shown as being sold out. Very then claimed that there had been an 'error' in the price and called everyone who had purchased one to tell them that the sales would not be honoured. Not only this but they then offered to sell the tablet for just £20 off the full price at £249. Before the 'black friday' event, the tablet was on sale for £279 meaning their 'sale' price was just £10 lower than it had been previously.
It apears that Very.co.uk have advertised the galaxy tab at the low price to entice custom and have purposefully been misleading and dishonest as well as unprofessional and untrustworthy. The company is a joke!
PLEASE REPOST THE LINK TO THE PETITION ON THE VERY FACEBOOK PAGE AND YOUR OWN PROFILES TO GET AS MANY SIGNATURES AS POSSIBLE. THANKS :-)