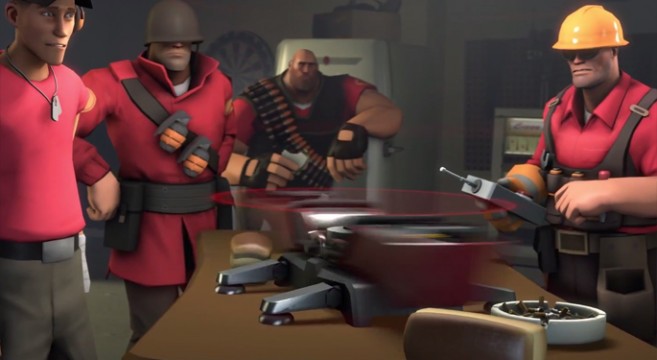 "The latestTeam Fortress 2 animated short is Valve's biggest, clocking in at nearly 15 minutes and telling the tale of a lovelorn Scout's attempt to strike up a romance with clerical assistant/corpse disposal expert Miss Pauling. It's also an action-packed film in which the Red team confronts a deadly new enemy: bread". - Polygon.com
After viewing the "Expiration Date" SFM Short made by Valve, I think it's an absolute must to have a Team Fortress 2 TV Series (Or Web Series) Hopefully it will be aired every other Week with similar themes such as the one shown on the SFM video. This series would be perfect for Adult Swim, or even Youtube! I know I'm not the only one who wants this and I wish Valve will here our voices heard!