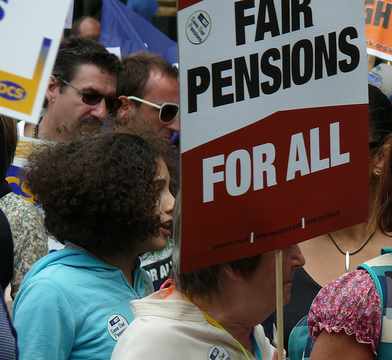 428 people have signed this petition. Add your name now!

>> Please put your Institution in 'Comments' >>
----
Dear sir/madam
We write as members of USS who are concerned that the current negotiations over the future of our pension scheme are based on the projection of a very large deficit based on an actuarial model that has been publicly challenged, if not wholly discredited.

We do not intend to rehearse the arguments here, except to note that the model currently used include mutually contradictory assumptions, "prudence layered on prudence" (to quote UUK), 'de-risking' that is required only on winding up. It also premises future assets growth on a "Gilts +" approach that is not required by the Regulator. The result is that the different alternative valuations of the scheme have obtained a minimum range of valuations from a surplus of +£440M to a deficit of -£12.3BN.

It makes no sense to negotiate a solution to a problem that either does not exist, or the scale of which cannot be predicted with a credible model that enjoys the consensus support of experts and stakeholders.
Members of USS, and indeed the Employers, wish to know that any changes made are justified by evidence and proportionate. Any perception that there is a rush to make changes on the basis of a discredited valuation would undermine confidence in USS and invite legal challenge, as well as precipitate an escalating and damaging dispute with UCU.

As time is short, we urgently seek confirmation from the USS Board that there will be no attempt to implement changes to USS rules at the next Board Meeting, scheduled for 15 January 2015.
Any public assurances you can make on this matter would be extremely helpful.
-----------------
Pic: Simon Scott (Flickr)