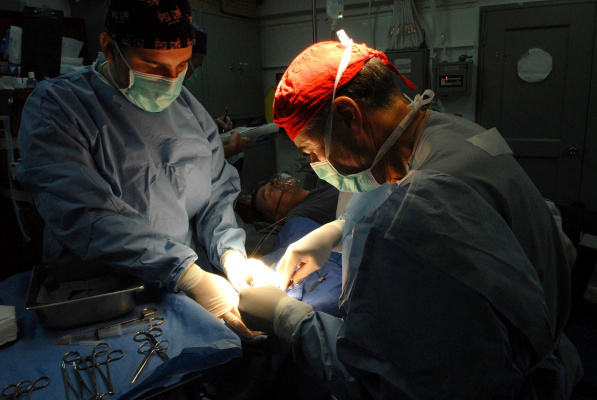 We are alerting you to the harmful hormonal and irreversible surgical interventions that are being performed on gender-nonconforming children without one single long-term study to support their safety or efficacy. We request your examination of this urgent matter and consideration of a Call to Action.

Clinicians are now administering powerful puberty-blocking drugs and cross-sex hormones to a growing number of gender non-conforming pre-adolescents. “Gender-confirming” surgeries — including mastectomies, radical hysterectomies, vaginoplasties, and orchiectomies — are now being performed on teenagers.

Parents who consent to these treatments are often misled to believe that their child will be at greater risk of suicide if they do not. There is no evidence to support this claim. In Oregon, parental consent is irrelevant: the law allows 15-year olds to receive state-subsidized hormonal treatments and surgeries without parental knowledge or permission.

Young adults are also at risk of hasty medicalization. An increasing number of “informed consent” clinics provide cross-sex hormones to young people after only one or two visits. These clinics do not require mental or physical health assessments. Surgeries may be obtained within months.

In the past, hormones and surgeries were offered only to adults with a lifelong history of severe and unremitting distress, and only after extensive medical and psychological screening. Yet these same life-altering medical procedures are now offered to young people based on feelings that are likely to change with time, brain maturity, and non-invasive therapy.

The medical literature on the health effects of hormonal interventions “in the pediatric/adolescent population is completely lacking.” A recent large cohort study, which tracked nearly 4,000 transgender-identifying adults receiving hormone therapy for an average of eight years, found that women's risk of heart attack tripled while men's risk of developing venous thromboembolism became five times greater. The full extent of the medical harms of hormonal treatments -- prescribed for lifetime usage -- will not be realized for many years.

The only long-term follow-up study among adults who surgically transitioned found substantially higher rates of overall mortality, suicide, suicide attempts, and psychiatric hospitalizations. These risks did not become apparent until ten years after transition.

An increasing number of young people are beginning to express their painful regret of surgeries and hormonal interventions that have irreversibly impacted their health, appearance, fertility, and sexual function. Many report that they did not receive proper counseling and were not encouraged to consider non-invasive options.

We respectfully and urgently request your consideration of a Call to Action to increase public awareness and alert healthcare professionals to this critical public health matter. As the Nation’s Doctor who has pledged to lead with science, a Call to Action will encourage an evidence-based treatment approach to the exponentially growing number of gender-questioning young people who are currently subjected to serious medical harms and irreversible fertility risks.

Young people should not be offered life-altering hormonal and surgical interventions that are not supported by rigorous studies establishing long-term efficacy and safety. The risks of irreparable harm and regret are too great.

Members of the Kelsey Coalition

We are a non-partisan organization whose sole mission is to promote laws and policies that protect young people from medical and psychological harm. Please visit our website at www.KelseyCoalition.org for more information.