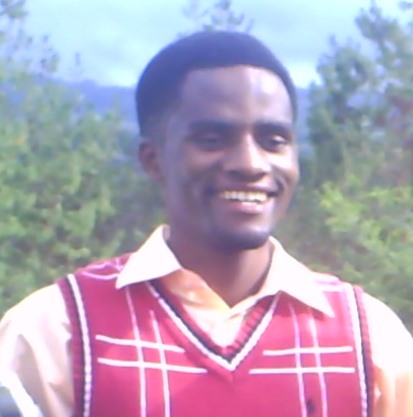 We are searching for Dickson Samwel Mbiling’i (17 August 1986, Tanzania), a young accountant employed by REIME Tanzania. He is a kind and responsible person and had wedding plans for October this year. Dickson was last seen on the night of 2 July 2014 at his place in Mwananyamala Mchangani, Dar-es-Salaam, Tanzania. He seems to have left his home that night while leaving the door open. He carried his wallet but left his phones and other necessaries at home.

While Dickson’s disappearance has been reported immediately to the police in Oysterbay, Dar-es-Salaam, we feel that little action has been undertaken to find him or to understand the circumstances of his disappearance. We are also concerned that Dickson's file was closed too soon: the family were told on 23 August that Dickson's file would be closed. We are therefore urgently seeking alternative ways to trace him or to stimulate the investigation of his disappearance.

We ask you to intervene by establishing the necessary contacts with your Minister of Home Affairs, responsible for the police. We also ask you to speak to the chief of police and request a thorough investigation on the circumstances and outcome of Dickson's disappearance.

We ask for your help for the following reasons:

-The international community is closely monitoring Tanzania and its handling of this case. Many people in Europe and around the world want to know what happened with Dickson.

-This is an opportunity for the Tanzanian authorities to demonstrate that Tanzania is a country of justice, observing the rule of law. Confidence in the Tanzanian police will only improve the reputation of Tanzania to the world.

We believe, Mr President, that with your help we can find Dickson back.