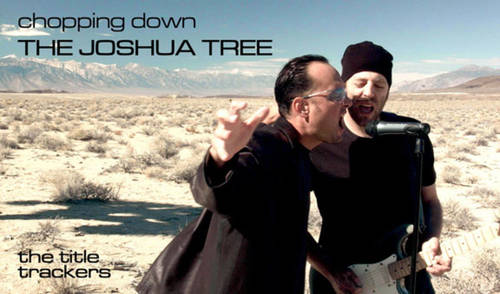 However, three enterprising young men from LA who call themselves The Title Trackers took it upon themselves to write and record a title track for this spectacular album.

Sign on to urge U2 to play the LOST title track to The Joshua Tree at the Rose Bowl on May 20-21. (The Title Trackers will be in attendance at those shows to confirm!)

You can hear the song and see the dramatic video, featuring footage shot at the original site of the famous Joshua Tree album photo shoot, by going to YouTube and searching for "Chopping Down The Joshua Tree."