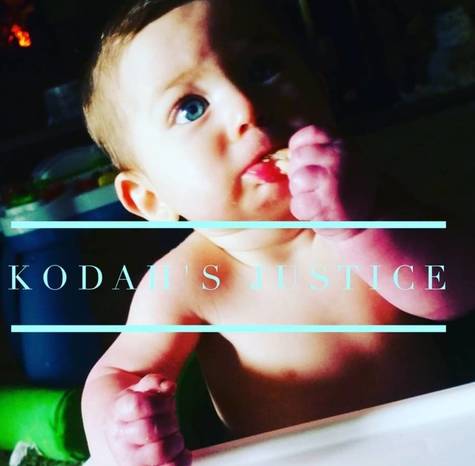 UPGRADE Charges Against "Mother" 'Brieana Farmer' from Manslaughter to MURDER!!

657 people have signed this petition. Add your name now!

Kirke Adams District Attorney Dale County, AL as you're aware 9 month old Kodah Shane Ellenburg was killed by his mother "Brieana Farmer" on January 11, 2016, when the autopsy results determined he died from an overdose of Benadryl, 20 times the therapeutic level, "Diphenhydramine Overdose" which can cause paradoxical central nervous system stimulation in children, with effects ranging from excitation to seizures, cardiac dysrythmia and DEATH. Farmer gave him anywhere from 60-75 mL or roughly 2 US Ounces!! I understand the medical experts will get into these facts more specifically later. However, my research concludes that a reasonable person would know that the amount she was giving could be FATAL. I have also found several cases where the defendant was charged with murder for the same crime with a similar excuse for their actions. I will attach another case with this petition where the accused was charged with murder. Brieana a/k/a "Brie" of Ozark, AL was also charged with felony manufacturing a controlled substance. We are not discussing a mother with high moral character, this person is a calculated and manipulative person with no moral compass.

Brieana gained a large following of supporters in the death of her son, as you can imagine many people were moved with sympathy and anguish to learn of any mother losing a child. There were also skeptics from the moment she announced his death. Her behavior and actions after the death of her son were anything but the actions and behaviors of a "grieving mother." You have also been made aware of other evidence that shows intent and even a premeditated crime. There is no doubt that there was previous contrivance or formed design in her acts. Brieana Farmer unlawfully killed a human being, HER SON with malice aforethought!! BRIEANA FARMER MURDERED HER 9 MONTH OLD SON, KODAH SHANE ELLENBURG ON JANUARY 11, 2016.

In the wake of these charges, the Facebook campaign "Kodah's Justice" was formed by The Happy Heart Foundation, a non-profit organization. Kodah deserves justice and thus far in our plight to seek justice, not one single person related to Kodah has come forth to STAND UP FOR HIM. Who stands up for the Kodah's rights? Who stands for a baby who laid down for a nap and never woke up again because the person entrusted to love and care for him, refused because she was selfish and lacked compassion for her own baby! Mr. Adams, you have been named "Ozark's man of the year, and Prosectutor of the Year." Your accolades speak to your concern and compassion for victims of crimes. You defeated 4 opponents for office and that means the people of the community believed in your character and values. As a man of such integrity we, KODAH'S SUPPORTERS respectfully request that you do your best to not only seek a conviction but to UPGRADE Farmer's current Manslaughter charge to MURDER before the case goes before the Grand Jury. This petition and its signers and SUPPORTERS OF 9 month old Kodah Ellenburg implore you to ensure that Brieana Farmer can never hurt another child again, willfully or by negligence. PLEASE SIR!

The United States legal system distinguishes between such actions of violence based on the convicted individual's intent, situation, and the circumstances that precipitated the murderous action. BRIEANA FARMER MURDERED HER SON! I will fight in front of a long line of supporters to ensure that the defendant is rightfully charged and stands before a jury of her peers who see the injustice done to this child, convict her and that a very Honorable Judge sentences her to the MAXIMUM allowable for baby KODAH. LET THE PEOPLE of Dale County know this is unacceptable, let the State of Alabama know this is unacceptable and send the message nationally that harm done to children with NEVER be tolerated. Only then, will the high rate of child abuse related crimes and deaths be ENDANGERED!!!