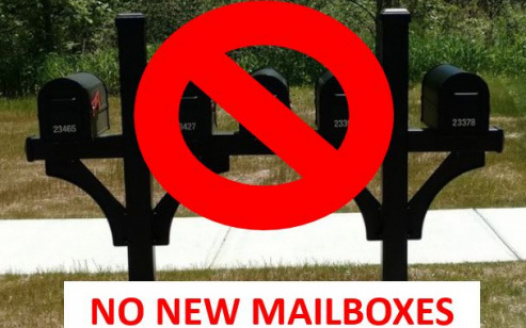 On June 6th at 7 pm, the residents of the Meadow Village Subdivision had their annual meeting. We had an estimated 70-100 people attend which represented the 300 homes within the subdivision. During the meeting, a member of the board identified an issue concerning mailboxes not looking the same and some needed to be replaced due to aluminum oxidation damage. A member of the Compass Management Company proposed that we pay $300/home for a new mailbox. The majority of the group in attendance was not in favor of this change and wanted to keep their boxes.

Then, in mid-September, we received a notice that we are to pay $150+ for a new box and the elected board had a special meeting to approve the change.

As a member of the subdivision, I feel that this vote undermines the wishes of the hardworking people of that reside in Meadow Village.

The goal of the petition is to stop the installation of the mailboxes, find a cheaper vendor, or allow the entire sub to vote if they want to have a new mailbox.