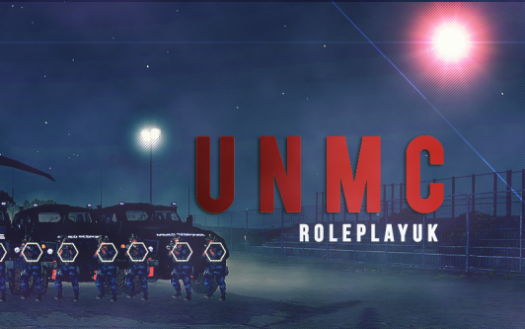 The UNMC are a white-listed faction that are built to represent high quality RP, however over the past couple of months they have neglected RP and gone looking for gunfights. The UNMC are supposed to be a faction that uses 'lethal force as a last resort' however they have been breaking this rule in the handbook. The UNMC are a huge faction that go looking for violence and are upsetting the 'balance of the server', another thing they are meant to be respecting. This has infuriated many RPUK players and lead to this petition. We believe that they need to sort their RP out once and for all as to many warnings have been issued at this point.

The UNMC also receive an unbelievable amount of perks, such as: agreements with the police, rubber bullets, their own land, cheap gear, special rules. All of this is too much and has definitely been noticed by us, we see this as blatant discrimination against smaller gangs. The UNMC should not be allowed any agreements with the cops as they are not supposed to be hurting unarmed civilians unless clearly authorised in extreme cases by a jury, as the handbook informs. So this puts into question their agreement with the police as they are not meant to go around executing civilians as they are not a terrorist faction therefore they should not be able to hold the police to blackmail and get special treatment with weapons. We believe that these perks seriously need to be readdressed as the UNMC and the Cops should not treat each other with benefits as they are the biggest factions which leads to an upset in the balance of the server. They act like rebels so should be treated like rebels in all aspects, i.e no land, no cheap gear, no agreements. If this cannot be implemented then all rebel gangs should receive the same benefits that the UNMC receive as they act the same as us, however disregard RP. Also one set of rules should apply to all civilians, UNMC included not special rules as that makes the balance torn once again, what makes them different from us, nothing they act the same as us!

The key issues we want addressed are their poor RP and complete disregard for their handbook, as well as the overpowering perks they receive which makes it near impossible for other gangs to complete tasks together and have fun. If this cannot be seriously readdressed with key members from the each side having an input we believe the only course of action is the disbanding of the UNMC as they have gone far off track with their RP and story.

This is not the first incident as they have has multiple talkings from admins, this needs to be seriously readdressed so everyone, including UNMC, can continue to have fun as that is what we are here to do at the end of the day.

UNMC Procedures we believe have been broken:

If you agree with this petition please sign so we can show a united front.

[P] Ross and the Psychos