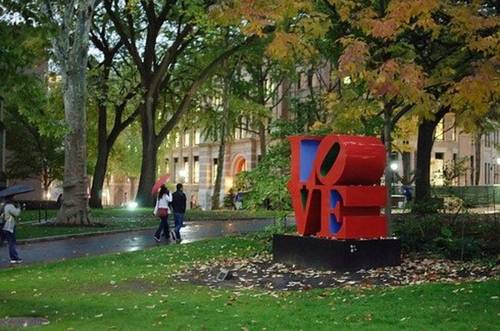 We write as alumni of the various schools of the University of Pennsylvania regarding the troubling rise to prominence of Donald J. Trump, a 1968 graduate of the Wharton School of Business. Since Mr. Trump announced his candidacy for President of the United States on June 16, 2015, his inflammatory rhetoric has dominated the news cycle. Untold numbers of public figures and institutions have decried his dangerous words and condemned his campaign. To date, you, the representatives of this University, have remained silent. And to us, proud alumni of this storied institution, your silence is deafening.

The University’s Code of Student Conduct, in its Preamble at Section I, indicates that the mission of the University includes “cultivating responsible citizenship in the larger society,” “mutual tolerance,” “cultural and intellectual diversity.” The Code’s Section II, Rights of Student Citizenship, provides at subsection (c): “The right to be free from discrimination on the basis of race, color, gender, sexual orientation, religion, national or ethnic origin, age, disability, or status as a disabled or Vietnam Era veteran.” Section III of the Code, Responsibilities of Student Citizenship, at subsection (d), indicates: “The University condemns hate speech, epithets, and racial, ethnic, sexual and religious slurs.”

The University’s Code of Academic Integrity prohibits activities that have the effect or intention of interfering with the pursuit of knowledge or a fair evaluation of a student’s performance: “Fabrication: submitting contrived or altered information in any academic exercise. Example: making up data for an experiment, fudging data, citing nonexistent articles, contriving sources, etc.”

The University’s Policy on Equal Opportunity and Affirmative Action names a goal of a “vibrant community” with a “substantive institutional commitment to diversity along dimensions of race, ethnicity, gender, sexual orientation, age, religion, disability, veteran status, interests, perspectives, and socioeconomic status.” The Policy prohibits discrimination, and names the underrepresentation of women, people of color, people with disabilities, and veterans as a basis for its affirmative action programs.

The University’s Nondiscrimination Statement, adopted by the Board of Trustees, indicates that the University values diversity and does not discriminate on the basis of “race, color, sex, sexual orientation, gender identity, religion, creed, national or ethnic origin, citizenship status, age, disability, veteran status or any other legally protected class” in its administration of its programs.

Donald J. Trump has either made statements or proposed government policies that violate the above-named principles, codes, policies, and statements officially adopted by the University of Pennsylvania. Mr. Trump has done the following:

With regard to ethnic and racial prejudice:

1. Stated that Mexican immigrants are rapists, drug traffickers, and criminals.

2. Argued that a California judge could not be impartial due to his Mexican heritage.

3. Garnered, and then not rejected, support from nearly every white-supremacist group and prominent individual in the United States, including most notoriously David Duke, a former Imperial Wizard of the Ku Klux Klan.

4. Promised to deport U.S. citizens whose parents immigrated illegally, in violation of the 14th Amendment to the U.S. Constitution.

5. Pledged to deport 11 million undocumented immigrants without due process.

6. Denied that the current President of the United States, the first non-white president in the nation’s history, was a valid citizen for several years after the president released his valid Hawaii birth certificate.

8. Mocked the physical disability of reporter Serge Kovaleski, who suffers from arthrogryposis.

9. Proposed that Muslims from all nations be prevented from entering the United States.

10. Recommended a national registry of all Muslim-Americans.

11. Advocated the shutting down of mosques.

13. Questioned the religion of several of his political opponents.

14. Responded to the murder of 49 people at Orlando’s Pulse nightclub with “Appreciate the congrats for being right on Islamic terrorism.”

15. Called women pigs, slobs, and dogs, and indicated that the weight gain of a pageant winner was “a real problem.”

16. Said that women should be punished for having abortions.

17. Accused his opponent, Hillary Clinton, of “playing the woman card.”

18. Blamed sexual assault in the military on “put[ting] men and women together.”

19. Called a female attorney who requested a break to pump breast milk for her infant child “disgusting.”

Disrespect of veterans and military officials:

20. Stated that he prefers veterans “who weren’t captured,” and doubted whether prisoners of war who were captured are in fact “war hero[es].”

21. Claimed he had donated $1 million to veterans’ groups, but never did so until investigations showed that none of the veterans groups received any money from Mr. Trump.

22. Compared his “sacrifices” as a businessman with those of parents of a deceased U.S. soldier.

23. Praised the massacre at Tiananmen Square as a demonstration of “the power of strength.”

24. Indicated that he would use nuclear weapons on other nations or groups.

25. Advocated for the use of torture, which is banned by international norms.

26. Supported the killing of families of suspected terrorists, which is prohibited by international law.

27. Commended the leadership style of Vladimir Putin, a dictator.

28. Praised the power of the leadership of Kim Jong-un, a dictator.

30. Promoted the idea of taking and keeping Iraqi oil during the invasion, a violation of the Geneva Conventions.

36. Incited violence at his rallies and offered to pay legal fees for supporters who assaulted protesters.

37. Stated he wanted to “hit” Democratic National Convention speakers who criticized him.

Perpetuation of falsehoods or disingenuous practices:

39. Pretended to be his own publicist.

40. Bragged that not paying federal income tax made him “smart.”

41. Boasted of “employee childcare programs” that were in reality only for guests of his hotels.

42. Directed his campaign officials to lie about his wife, Melania Trump’s, plagiarization of a Michelle Obama’s speech during the Republican National Convention.

43. Suggested that Senator Ted Cruz’s father was involved in the assassination of President John. F. Kennedy.

44. Boasted about cutting his businesses’ costs by refusing to pay contractors.

45. Made numerous false claims about the policy proposals and personal histories of his political opponents.

This is but a sample of the things that Mr. Trump has said or done while campaigning for president. Each and every item listed above, if performed by a student, would be a violation of the University’s various policies. These policies were put in place to, in the University’s own words, “cultivat[e] responsible citizenship in the larger society.” Donald J. Trump’s campaign has consistently trampled on long-accepted cultural norms regarding responsible citizenship. This should matter to the University, as well, because his campaign has stood in direct conflict with the values and principles of the University of Pennsylvania.

A search of the university’s press releases regarding Mr. Trump since Donald Trump’s campaign began yields no results. Silence regarding the conduct and words of Donald Trump is a disservice to the policies, principles, and history that makes the University of Pennsylvania one of the finest institutions in the world. This is especially so when Mr. Trump touts his degree from the University as one of his qualifications for the office of President.

If silence from the University persists, take note that our willingness and motivation to give financially to this institution may become quiet as well.

“If you are neutral in situations of injustice, you have chosen the side of the oppressor.” – Desmond Tutu

PLEASE INCLUDE YOUR GRADUATION YEAR AND SCHOOL AFFILIATION WITH YOUR SIGNATURE.