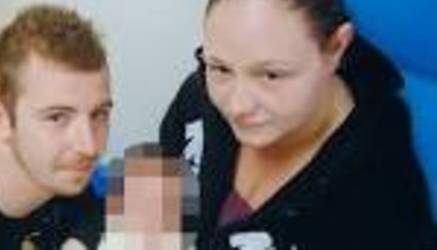 We have been hearing the voice of the parents who were wrongly accused of child abuse in the news. This innocent couple have been deprived of their basic right to be parents of their biological kid without any mistake of their own. This has been mainly due to flaw in our own system.

As worried parents, they took the child to the Accident and Emergency when they noticed baby’s mouth bleeding. We understand the concern shown by the hospital and social workers when they saw the bruises on the child. But it has been proven that the bruises were due to the illness the baby was suffering. The parents were mistakenly inducted in this criminal case.

Anyone can imagine the ordeal the parents would have to go through when their little one was taken away from them for none of their own mistakes. We as humans, parents and responsible individuals do understand value of a life.

I'm sure the parents who adopted the child can understand and empathise with the child’s parents. When the child grows up we can't explain to the child that due to a flaw in the system you were deprived of growing up with your own parents! That child will never forgive the system.

I'm sure any parent in this situation will fight their tooth and nail to get their child back home.

We want the below actions to be taken:

1. We all want make sure that the couple to be united with their child.

2. We want to amend the adoption law so that until a case is decided, the baby shouldn't be adopted.

3. We should fast track these cases so that the baby shouldn't be in the care for long time.