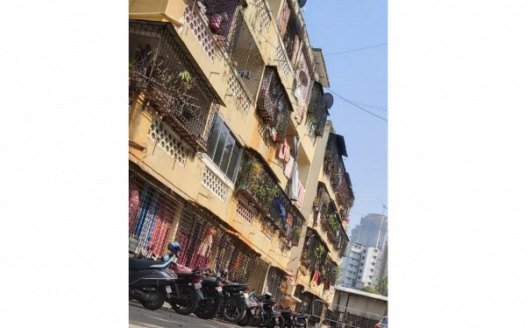 Guardians of law and people are insecure due to injustice and unauthories construction over the residencies. So need your support against this act

All around us, uniformed walleyes, ready to defend everyone, are now realizing that their homeland is insecure. Police personnel are stationed here at Natwala Lane Police line Borivali (west) for a protest . In fact, the direct and indirect distress of the people who live on the platform is a problem for the residents of the police line, but the municipality has decided to make the road from the front of the building directly to the platform.

This road will naturally cause trouble to the people of the area, there will be parking problems as people's vehicles are parked in the same grounds, as well as the children's playground can be accessed due to this road. Have to endure; Because these same residents are also experiencing some of the same tragedies behind platform number one. The residents here have decided to protest the road from a security point of view.

Everyday, employees who are strictly responsible for their uniform are welcomed into their homes; But the decision of such municipality can raise questions about their overall living and safety issues. In the end, the man is more active for the safety of his family, and here, all around the community for security, the uniformed warriors is now feeling that his homeland is unsafe.So do sign the petiton and join us against this unauthories higher powers and