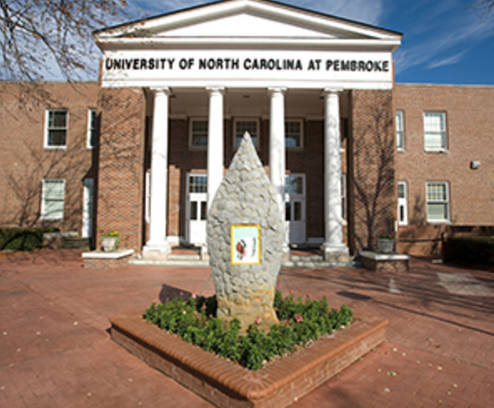 975 people have signed this petition. Add your name now!

North Carolina Senate Bill 873: Access to Affordable College Act proposes to lower the tuition cost of North Carolina's public higher education institutes. Although the objective is to help all students have access to an affordable education, only 5 schools were included in the proposal. The 5 schools were HBCUs- Winston Salem State University, Fayetteville State University, Elizabeth City State University and PWIs-Western Carolina University, and Us, UNC-Pembroke . After protest from HBCU students and Alumni, all three were removed but UNC Pembroke and Western Carolina still remains on the bill. If the bill gets passed and UNC Pembroke is still included, then UNC-Pembroke will be forced to lower tuition to $500 per semester. This would result in a decrease in the quality of education, programs and departments being removed, athletics losing funding, and eventually financial destruction of the University causing it to close. The state is promising to give so many millions of dollars to make for lost revenue. But for how long?

On March 7, 1887, Croatan Normal School was established after legislation sponsored by Representative Hamilton McMillan of Robeson County was enacted by the General Assembly of North Carolina. This was at a time when there were no schools for Native Americans to attend. It was then The Lumbee Tribe of NC decided to create where they could educate and teach their own to include their customs and cultures.

Between 1939 and 1953, it was the only state-supported four-year college for Indians in the nation. In 1969, the General Assembly changed the name again to Pembroke State University and designated the institution a regional university. Such universities were authorized “to provide undergraduate and graduate instruction in liberal arts, fine arts, and science, and in the learned professions, including teaching” and to “provide other graduate and undergraduate programs of instruction as are deemed necessary to meet the needs of their constituencies and of the State.” July 1, 1996 Pembroke state University became The University of North Carolina at Pembroke.

Today, The University of North Carolina at Pembroke has approximately 6,200 students from diverse backgrounds. The University offers 41 undergraduate programs and 18 graduate programs. Many people have benefited from UNC-Pembroke's academic programs and rich American Indian Heritage. This school has served and is still serving many 1st generation college graduates and sending out some NC's finest teachers and Nurses into the workforce.

Many Students, Alumni and even faculty do not agree with this bill and demand that UNC-Pembroke be removed. Please give the people who love this university a chance to have input on this matter.

Please educate yourself on this bill, everyone should be well informed. You may review this bill with the following link