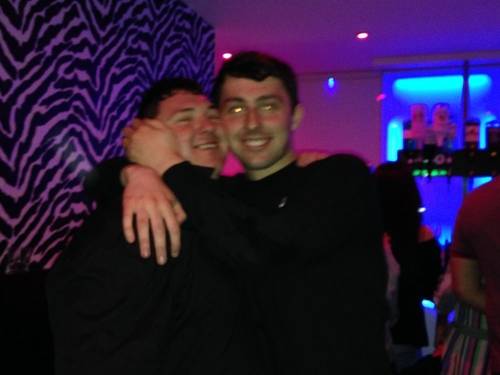 This Weekend was filled with hope and optimism, it was Michael Sutherlands birthday and after a few drinks in his house we decided to hit the town. Firstly we went to fishies which is nothing out the norm; but as it hit 00:30 we decided to go to devitos. This was a particularly big occasion for Worrall as he had not been in 3 weeks. Now imagine the look on his face when he is told he is banned for 3 months for an incident that happened last weekend?? When yer boy wasn't even there ??? It wasn't just him on the hit list but also big spenders and local hero Thomas Sinclair, Kellon Lyons, Rory Sutherland and Joe milne. When asked the reasoning of the ban we were told it was from management but could not specify a reason. 5 warriors all being falsely imprisoned. Please sign and share to bring these boys back where they belong