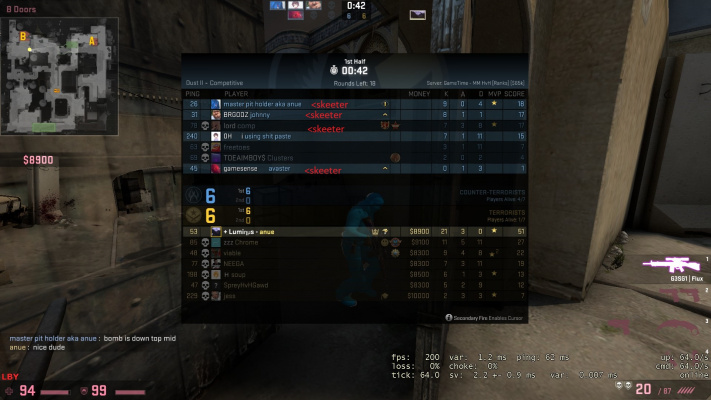 Hello, as you guys may of heard, Anue has been banned from luminus for "scamming". Today I will be saying why he's innocent and why he should be unbanned. My first point is that Anue was the face of the cheat, he made everyone want it because he advertised it. Luminus wouldn't even be a thing if it wasn't for Anue because he spent hours upon hours testing and helping them to make it compete with skeet. My 2nd point is that alot of people "assumed" that he scammed a few people but theres no solid proof that he did. Anue was told by Lumin to scam Uberdriver because he was selling fake luminus but he didn't end up doing it. As you guys know there was a site called luminus.tk that was selling the cheat for $59.99/month and that the purchase link redirected to his account because he actually wasn't going to sell it and the site was just a big meme to see the reactions of people. All in all you guys should already know that Anue is just a big troller online and that 90% of the things he says are for jokes. Main point is that there was no proof of him scamming and that it was just word of mouth from the beaners.