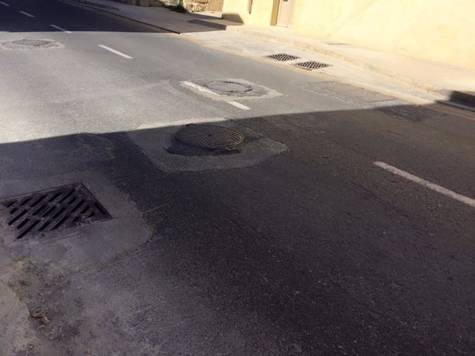 I am signing this petition to convey my disappointment and dismay at the continued uncompleted state of the circa 400 metres of Saint Lawrence Str - San Lawrenz, between the Għarb Corner and San Lawrenz. Gozo attracts over one million tourists annually, generating up to 50% of the GDP for the island and up to 20% of the total employment. The Azure Window, Dwejra and Blue hole are rated by TripAdvisor as #1,#3 and #6 respectively of the top six things to see in Gozo. The section of road between Għarb and San Lawrenze Pjazza is the main thoroughfare for local and tourist traffic heading to this key tourist attraction.

This piece of road has already received substantial investment and upgrade, however despite this initial work, the road remains in desperate need of completion leading to significant concerns with respect to public safety, aesthetics and functionality.

The frustrating thing about this problem is that it exists only due to the fact that the original road design and construction remain incomplete, and secondly that the solution appears relatively straight forward. Furthermore, the lack of completion of this work will also likely cause the well laid road base to be further damaged causing greater remedial cost and inconvenience in future.

By signing this, I am asking the relevant authority, namely, that Ministry for Gozo to correct this readily fixable problem, to address the public safety, aesthetics and functionality of this road.