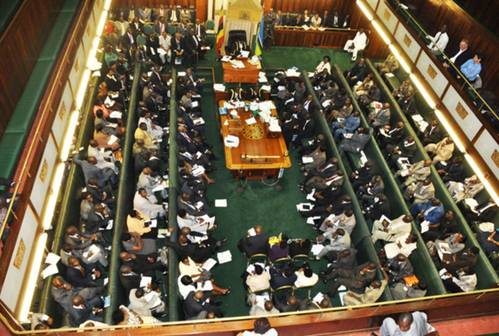 Do you support the campaign about the Income Tax (Amendment) Bill, 2016 that was recently passed by Members of Parliament on 14th April 2016 ,amended Sec 21 of the Income (Tax Act) to have their allowances exempted from taxes.

“The first principle of taxation is the principle of equity. Therefore, if some people working in MTN or teachers in private or government [schools] are having their allowances taxed, it is not proper for some people, or for me, to use my position not to pay tax. All of us must pay taxes,” Mr Muhakanizi said.

CITIZENS’ PETITION TO THE PRESIDENT OF UGANDA Reject Amendment of Income Tax Act to exempt MPs from paying taxes on their allowances We the undersigned who constitute the citizens of Uganda do hereby Petition HE the President of Uganda not to assent to the Income Tax (Amendment) Bill, 2016. If this Bill is passed in its current form, Uganda stands to lose UGX49.464Bn annually as revenue from MPs which can be used to meet the varying social needs. We strongly believe that to develop this nation, every Ugandan should pay their fair share of taxes1 ACT NOW! SIGN THE PETITION TO MAKE MPs PAY