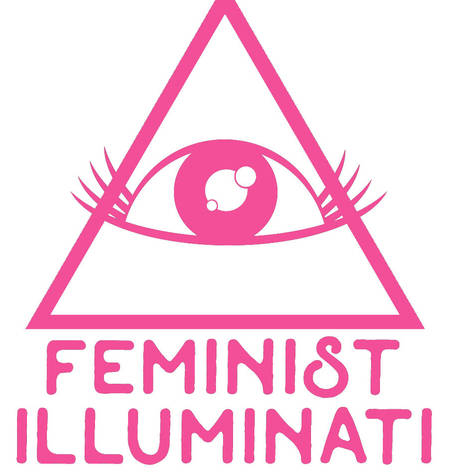 UCI Community Calls for Respect and Inclusivity on Campus

Mr. Yiannopoulos was recently banned from Twitter after violating their rule “prohibiting participating in or inciting targeted abuse of individuals.” The specific instance involved him inciting racist abuse against black, female actor Leslie Jones. Hackers, encouraged by Mr. Yiannopoulos’ words, were able to hack Ms. Jones’ account and publish nude pictures of her, bombard her page with pictures of apes and monkeys, and send targeted death threats to her. The harassment Jones received was so serious that the Department of Homeland Security has been investigating the situation (source).

Mr. Yiannopoulos’ online activity and public talks are abhorrent. His talks consist of divisive, minority-targeting rhetoric, with themes such as “Feminism is Cancer” and “The Dangerous Faggot Tour.” While Mr. Yiannopoulos has used a cleaner title for his upcoming talk at UCI, titled “Rally for America,” we expect the talk itself to contain similar content. Considering UCI’s Code of Student conduct regarding harassment, which reads:

“Harassment, defined as conduct that is so severe and/or pervasive, and objectively offensive, and that so substantially impairs a person’s access to University programs or activities that the person is effectively denied equal access to the University’s resources and opportunities. Harassment includes, but is not limited to, conduct that is motivated on the basis of a person's race, color, national or ethnic origin, citizenship, sex, religion, age, sexual orientation, gender identity, pregnancy, marital status, ancestry, service in the uniformed services, physical or mental disability, medical condition, or perceived membership in any of these classifications. Pursuant to Section 104.90, sanctions may be enhanced for conduct motivated on the basis of the above classifications.”

We do not believe Mr. Yiannopoulos’ talk is suitable to host on UCI’s campus.

Similar to his online activity, Mr. Yiannopoulos’ campus events tend to bring his supporters to campus, who are primarily seeking to target protesters of the event. For example, protesters at his event earlier this year at UCI were met with verbal and physical threats from off-campus individuals that were documented and circulated across the Web after being posted to YouTube. Mr. Yiannopoulos’ visits have already caused strife at other college campuses. Last year, DePaul university saw rioting from students during one of his visits. More recently, a student from Clemson University was targeted on Twitter after expressing negative feelings about an upcoming Milo talk at his campus. In fact, in this interaction, the president of the College Republicans at UCI (Ariana Rowlands) contacted the student after he revealed he was talking with the UCI protesters about their experiences (source). The Clemson student was pressured to release the name of one of the undersigned, whom he had been in contact with, lest the abuse continue (see attached screenshots).

While we support Mr. Yiannopoulos’ first amendment rights, giving him a room to talk on our campus supports the continued harassment of minority students. Therefore, his talk should be categorized as hate speech and not freedom of expression. We argue that this is the wrong message to send to the UC Irvine community, which is still recovering from Mr. Yiannopoulos’ last visit, where many students reported being physically assaulted by his supporters, many of whom were not even UCI students. The Facebook page for his upcoming event at UCI advertises a “culturally appropriating, offensive, triggering Halloween costume” contest for attendees. We therefore strongly advise you to ask the organizers to move the event to an off-campus location.

Considering Chancellor Howard Gillman’s recent email “reaffirm[ing] the university’s long-standing view that ‘Acts of hatred and other intolerant conduct, as well as acts of discrimination that demean our differences, are antithetical to the values of the University and serve to undermine its purpose,’” we, the undersigned, do not see how the university can, in good conscience, allow Mr. Yiannopoulos to speak on campus.

If you do choose to allow the event to take place on campus, then we would like to hear from you how you plan to protect students’ rights to protest the event—and hold concurrent counter-events. The safety of students exercising their First Amendment right to protest this event must take precedence above all else. If the university feels itself unable to ensure its students’ safety against threats from on- and off-campus supporters of Mr. Yiannopoulos, then the event should be relocated off-campus.