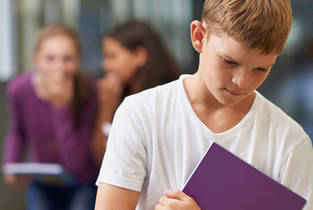 Hold Texarkana TX Parents Responsible for their kid bullying others

This petition is collecting signatures for a new Texarkana city ordinance mirroring the (recently passed) Shawano, Wisconsin ordinance which ultimately holds parents of bullies accountable for the misdeeds of their children.

Anyone who`s researched bullying eventually comes to the conclusion that the only true solution to stamp out bullying is to hold the parents of bullies accountable for their kids actions. Only then will (disengaged) parents truly be forced to reevaluate their potential role in enabling their own child as a bully. A bully that could eventually wear another child down to the point of suicide... or to the point of accepting (life long) substance abuse... or maybe even to the point of picking up a gun and trying to one-up the body count for Columbine or Sandy Hook…

Please show us how much you care about the children by signing this petition!

Check out the news story video below for the high points as well as the direct links to the Wisconsin ordinance and fines.