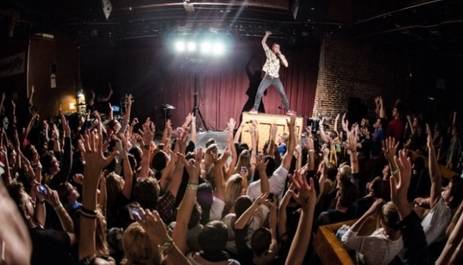 This may not do anything, but I would love to see how many people would be down for this. And hey, maybe they'd see and consider it. A small venue tour would be they do a relatively short (or long who knows) tour across the U.S. (and possibly world). All smaller venues. No opening bands. Q&As and meet ups and early entry. Intimate talks and the vibe of a small show from five years ago. Only RAB and Self Titled songs played. Not announced and out everywhere for everyone to see. Posted somewhere for the clique only. Let's turn back time to the good old days when the the venues were small and no matter your ticket you were near the stage. (And hey maybe Josh's hair could be brown too.)