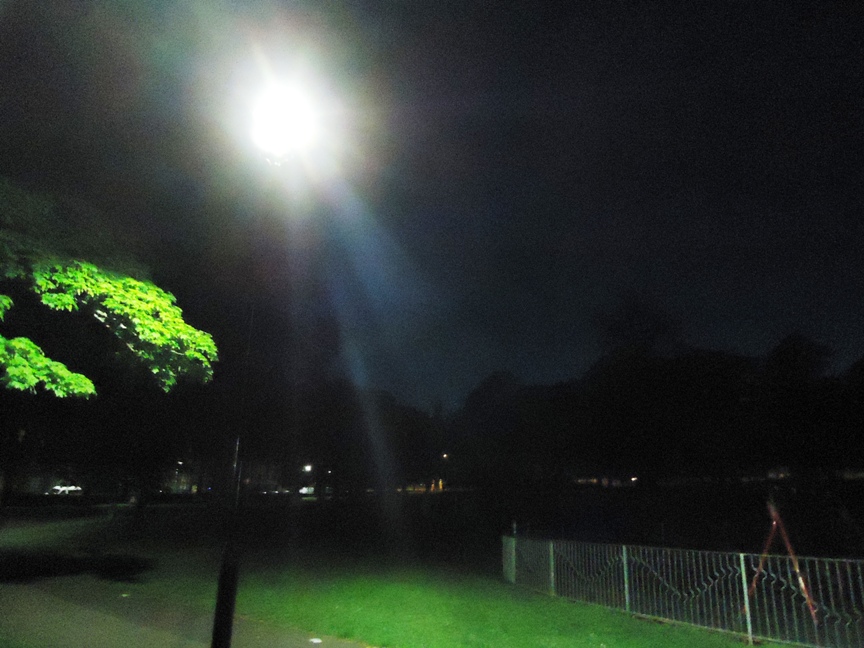 Thanks to all the folk who put their names on the Baxter Park Lights Petition that was presented to the council so, so long ago, I wish to convey an appreciation to the Dundee Cllrs who approved the police recomended lights for Baxter Park.  The new lights are now on and they not only look great, they provide a great amount of security light for the park pathways.

.The SNP administration in Dundee must listen to the residents & the expert advice of the Tayside Police and turn on the safety lights inside Baxter Park. How many Vandal Attacks, Muggings, Stabbings could have been avoided if only Dundee City Council would have flicked on the light switch for the park safety lights? Senior Tayside Police officers have publicly told DCC several times that, more lighting for the park would be of benefit to the area. SNP Cllr Ken Lynn has stated in public at an LCPP meeting that "I will never support more lighting in Baxter park!" Cllr Lynn lives next to Baxter Park and his flat over looks the darkness of the park. Directly under his own flat, an 11 year old boy was drugged and left for dead on Oct 31st 2008. The boy was left unconscious in -4 weather in the play park right under Cllr Lynn's flat window. NHS Ambulance Paramedics told the Wardens that the boy was one hour away from death! The boy was in a coma for 11 hours. No one could see the collapsed boy in the darkness. He was 20m away from the Wardens office but they could not see him! His sister found him with the light from her phone. Since this near tragedy, several gang fights, hammer attacks, muggings and vicious assaults have taken place in the darkness of Baxter Park. This month saw an innocent man, who was again just under the flat of SNP Cllr Ken Lynn, robbed at knife point by three youths who then escaped into the darkness of the park. Enough is enough. The first duty of government is to protect the people. These SNP Councillors are not public safety experts. The Independant Police are safety experts and they have confirmed in writing that more lighting in Baxter Park would benefit the safety of the area. Public safety is above party politics and we the undersigned call on the SNP Administration to turn on the current safety flood lights and immediately install more lighting for the play area and the footpaths.

About this park/green space Baxter Park is very significant in the development of Urban Parks in the UK, designed by Sir Joseph Paxton it is the only complete Paxton Park in Scotland. Located within an Outstanding Conservation Area the Park is listed in the Scottish Inventory of Historic Landscapes and Gardens and with a £4.1 million grant from the Heritage Lottery Fund has completed a five year restoration project to restore the Park to its original Victorian design. The main Sandstone Pavilion restored with a glass frontage is used for various civic functions such as weddings, meetings and gatherings. The west side hosts a cafe and the Park Centre is a popular location for hosting local events. Linked to the centre are a play area and an amphitheatre for events ranging from music to theatre. The Friends of Baxter Park carry out environmental projects in the Park with schools and youth groups, and in partnership with Dundee City Council and other local groups, promote and support regular community events in the Park. The Park has received various awards including the Scottish Award for Quality in Planning for the restoration of Baxter Park and Three Stars in Visit Scotland's Visitor Attraction grading scheme, in recognition of "A Very Good Standard of Facilities and Services". The Park has been awarded Green Flags in 2009 and 2010 and Dundee City Council received the 2010 UK Landscape Award for Baxter Park, winners of the Scottish heat. (Green Flag Award 2010)