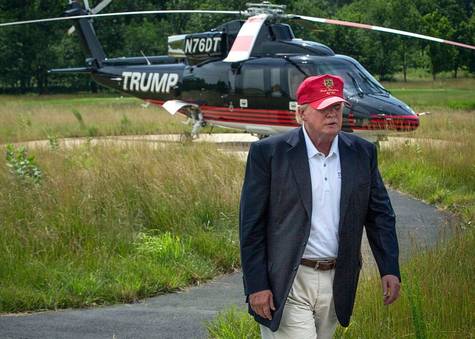 Donald Trump... I'm calling you out. We hear about how much money you're worth; we hear about how much of a failure Hillary Clinton is; and we have definitely heard about your helicopter. It's time for you to put your chopper where your mouth is and let the whole country know about Hillary Clinton's failure to appropriately respond on the night that the American consulate in Benghazi was attacked and four American were killed. Make your helicopter blades sound louder than the lies she and her State Department told for the several weeks following the attack.

It's time for you to make it rain tickets over Iowa so that ONE MILLION people can go and see "13 Hours," the story of her complacency in the face of an attack that left four of our own dead.

Donald Trump, we, the undersigned, are calling on you to make a YUUUUGE statement.

We are calling on you to purchase ONE MILLION tickets to the upcoming Benghazi movie, "13 Hours," and shower them over Iowa from your personal helicopter.

The movie comes out January 15th. Let's make it happen, then we can proceed making America great again.

****This petition was created by the editors of www.ChristianTimesNewspaper.com ***