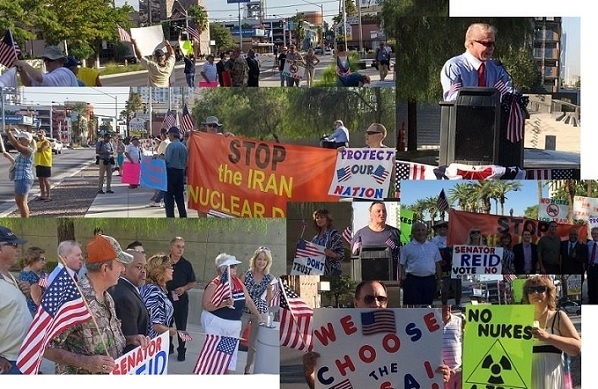 Stand With President Trump Against Iran

We, the undersigned strongly support President Trump's display of American strength in the face of Iranian aggression.

President Trump was right to withdrawal the U.S. from the disastrous Iranian Nuclear Deal.

President Trump was right to use lethal force to end the terrorist reign of Iranian General Qasem Soleimani - who was responsible for the deaths of hundreds of Americans and who orchestrated an endless array of terrorist attacks throughout the Middle East, including the attack on our U.S. Embassy in Baghdad.

President Trump was right to quickly and forecefully defend our U.S. Embassy in Iraq when it came under assault - in stark contrast to the Obama Administration's hideous handling of the Benghazi Consulate attack.

We furthermore condemn the shameful behavior of Democrat politicians who have not only failed to support our president, but at times have gone so far as to express empathy for the Iranian regime.