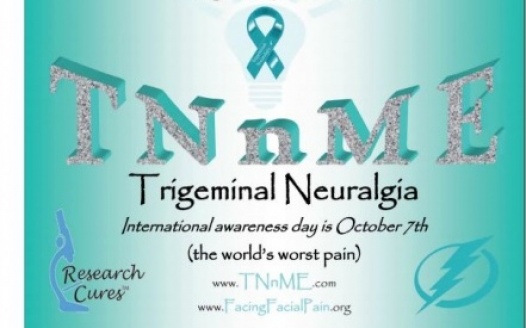 28817 people have signed this petition. Add your name now!

Created and sponsored by TNnME (Trigeminal Neuralgia and Me) and the International TN Awareness Fighters, Caregivers, friends, and family from around the world.

This year campaign is dedicated to the memory of Cori Murdoch and all loved ones affected by this heart-breaking nerve pain condition.

People signing this petition are asking the World Health Organization (WHO) to add (TN) Trigeminal Neuralgia to their health topic list. By doing so it will expand awareness, grant access to further resources, and create opportunities for funding and research.

TN is...characterized by episodes of intense pain in the face originating from the Trigeminal Nerve. The pain felt is the most excruciating known to man. This condition is so rare that only 1 in 20,000 people have it as some might say, but that number could be higher due to misdiagnosis. Women are more likely than men to be affected. Usually those older than 50 are diagnosed, but you can have it as young as 3 yrs. old!

We must inform people of what Trigeminal Neuralgia is and its characteristic, symptoms & treatments.

Joining our voices together, we can be heard around the world!

NO $ needed for your signature on this petition just your name, email address, then hit the "Sign Now" button and close out.

The International TN Awareness Ribbon is available for your purchase, with funds going to the Facing Facial Pain Research Foundation to do research for a CURE.