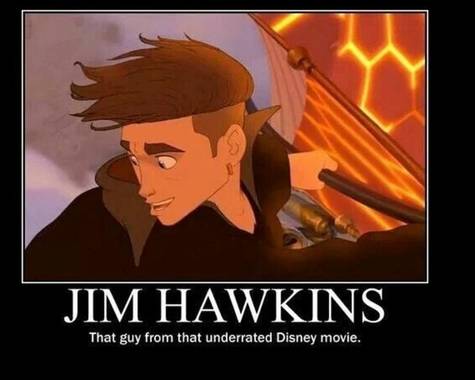 Treasure Planet wasn't necessarily a huge success back in 2002 due to the low amount of tickets/movies that was sold, but now that it was shown this year on Fathers day for its tenth anniversary, it has been shown to new people who haven't seen it yet!! (and they MUST have loved it!!)

It would be really awesome if Treasure Planet 2 would come out in the cinemas and I don't think that it will even cost as much as Treasure Planet 1 since they already had full character designs for the second one in anyways that's waiting to be put to use!!!

PLEASE sign this petition if you agree with me that treasure planet 2 should be shown on the big screen!!