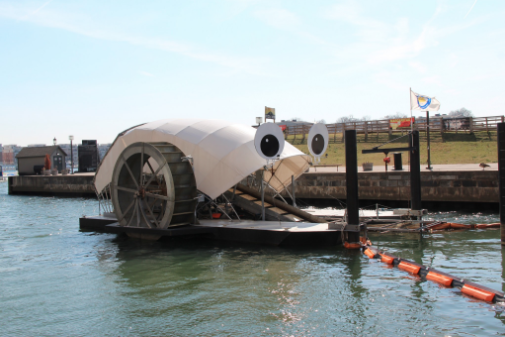 Petition to tell City of Oakland and Officials that citizens want a Trash Wheel to clean-up the Oakland Estuary. The Trash Wheel is a solar-powered innovation hailed as the first truly feasible approach to stemming the flow of ocean plastic pollution. In the city of Baltimore, the Trash Wheel has collected 1,477,580 lbs. since May 9, 2014. We are an independent group of environmentally concerned Bay Area citizens that would like to bring a Trash Wheel to the Oakland Estuary. We plan on putting together a Kickstarter campaign to raise the preliminary funds to kick off this project. Please include your name and email below to show your support of such an initiative.