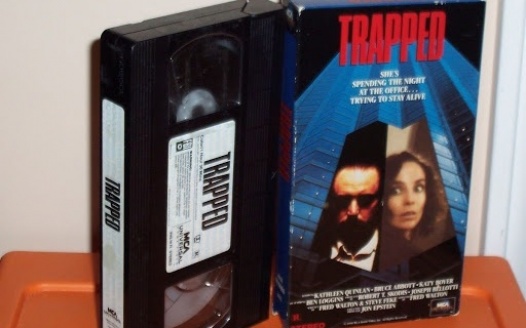 Give Fred Walton's TRAPPED (1989) a DVD or streaming release

This is a petition for Universal Studios to release director Fred Walton's TRAPPED on DVD or streaming, or at least give the distribution rights to someone else who will. This rare made-for-TV horror film from the director of "When a Stranger Calls" premiered on the USA Network in 1989 and was only ever made available on VHS. It has long been out of print. A faithful cult following of fans who remember this movie have long hoped for a DVD release, and we believe that will revive interest in this lost gem. We are not asking for a deluxe edition with lots of extras; a bare-bones release will be just fine. Even put it on one of those 4-movies-on-1-disc DVDs. We just want this fine film preserved. Thank you for your time.

Also, check out my novelization for TRAPPED, available to read for free here: https://harvestlandnovel.files.wordpress.com/2021/...