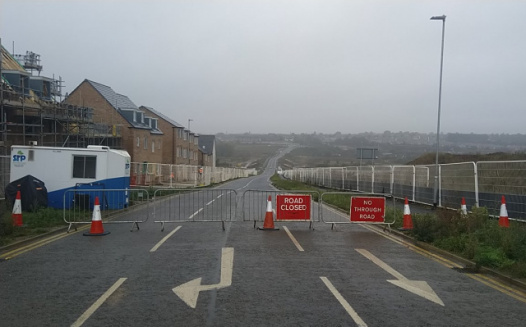 Three Months ON- The road still remain closed with thousands of motorists having to use the Sidegate Lane (formerly a Tractor Track) which is the sole route to access Wellingborough Town for the people living and working in the area.

Believe it or not the new bridge was completed in Autumn 2017 itself.!!!

The old Irthlingborough Road bridge (B571), linking the town to the Leyland Trading Estate was demolished in October 2018 as part of Network Rail’s electrification works.

Sidegate Lane also takes the impact of closure of westbound A45 between Rushden and Wellingborough again by Network Rail, was scheduled to re-open on 16th October, currently delayed until late November.

A mass petition was recently submitted to local MP @PeterBoneUK signed by local residents, Mr.Bone has agreed to take it House of Commons demanding Justice.

We are seeking urgent intervention from,

Galliford Try (https://www.gallifordtry.co.uk/) to get their act together to complete the pending construction work on routs 4 & 9 (delayed already by an year almost) and hand over to Bovis Homes (who is funding the project).

Bovis Homes https://www.bovishomes.co.uk/ to work with Northamptonshire Highways to get the road adapted and open to Public as priority.

There is only one chance we get to enjoy this wonderful Planet (unless one believe in Karma & Reincarnation), let’s not spend most of it in Sidegate Lane shall we..!!!