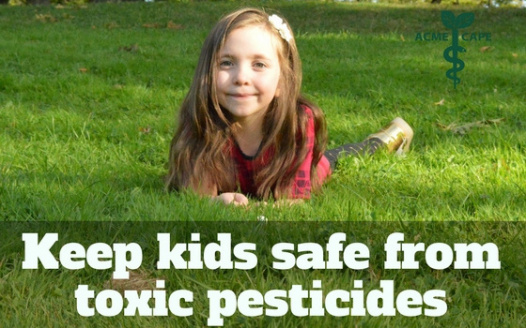 Keep children safe from toxic pesticides in Newfoundland and Labrador!

We are asking you to change the law to keep children safe from pesticides used on lawns and gardens.

There is broad public support for such actions across Newfoundland and Labrador. Over 80 per cent of people surveyed in a recent provincial poll said they are concerned about the health and environmental risks of pesticides.

The Canadian Association of Physicians for the Environment (CAPE) has pointed out that children’s exposure to pesticides is linked to increased risk of serious harms, including birth defects, learning disabilities, neurological impairment, leukemia and several other types of cancer.

At present, only five specific pesticides are prohibited from use on lawns in this province. Some other provinces have lists of safer pesticides that are the only ones that can be used on lawns and gardens. An impressive majority (83 per cent) of those polled in NL want to see that approach here.

Please strengthen our provincial pesticide regulations. Children in Newfoundland and Labrador deserve the same protection as children elsewhere in Canada.