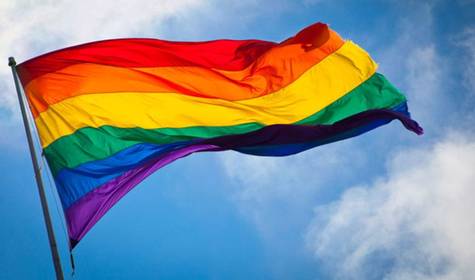 This year marks the 46th anniversary of the first Pride March. NYC Pride is the largest Pride March in the country. With over 2 million attendees this event is the largest for the LGBTQ community. The first March was held in 1970 and has since become an annual civil rights demonstration. Over the years its purpose has broadened to include recognition of the fight against AIDS and to remember those that have been lost to illness, violence and neglect. The March is a celebration of LGTBQ lives and culture.

I am currently in the process of drafting a proposal to get permission for us to walk in this year's NYC Pride Parade on June 26th, 2016. In the meantime, I think it would be really great to compile a list of student names who believe that TouroCOM should be represented. By signing this, it does not mean that you would be walking, just that you feel that it is a good idea. I think TouroCOM's presence in this year's Pride Parade would be a way to stand in solidarity and support of the LGTBQ community. It would showcase the fact that we are allies and will honor our medical oaths and treat our patients equally, with openness, and a lack of judgment. Schools such as Mount Sinai, NYU and USC march in Pride Parades all over the country. If TouroCOM wants to continue to stand amongst the pillars of the medical community than we need to unite and participate in this rising call to activism.

This year's NYC Pride is on June 26th, 2016 starting at 12 pm. The parade begins on 36th Street and 5th Avenue. And just to reiterate, again, by signing this, it’s not a display of walking or even an interest in walking. Your signature is just an acknowledgement that you stand by the idea that we can represent a welcoming atmosphere by possibly marching.