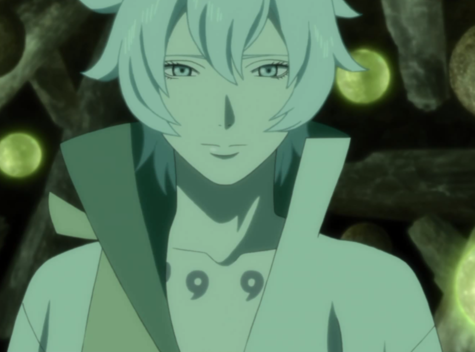 We are making this petition because we feel as though Toneri Otsutsuki From The last:Naruto The Movie should be a playable character in Naruto Shippuden Ultimate Ninja Storm 4, because of the following reasons. Cyber Connect 2 said that Naruto Storm 4 goes all the way up to the end, yet the failed to include Toneri from The Last movie, and the Last is technically cannon it is like a chapter 699.5,A second reason is they have included from The Last Movie, Naruto and Sasuke as playable characters along with Hanabi Hyuga ( a character who's only spot time in the anime was way back in part 1 of the original Naruto series and during a filler episode promoting her for The Last Movie), and for costume DLC 6TH Hokage Kakashi, and Sakura and Hinata, yet they say Naruto and Sasuke will be unlocked in the game but it is impossible to unlock them without Toneri in the game. Another reason would be they can include a character who basically never once fought in the Anime or Manga series which is Rin Nohara, they would make her playable but not the main villain of the movie ''The Last" or any potential characters who had more of an importance rather than Rin. Cyber Connect 2, You have include characters from both The Last: Naruto The Movie, and Boruto:Naruto The Movie, yet have failed to include the main villains of both movies, which is a mistake because both movies are cannon and especially the last is part of the original manga just in movie format, it is a chapter 699.5. Next reason we barely got any new characters for Storm 4, if you think about it the only new characters we have are the following, Kaguya Otsutsuki, Boruto Uzumaki, Hanabi Hyuga, RIn Nohara, Sarada Uchiha and the sound 4 which are dlc in the third season pass,excluding the sound 4 that is only 5 brand new characters everybody else is just a powered up version, older, or upgraded character. We are requesting that Toneri be a dlc character for storm 4, instead of using season passes 1 & 2 for The last movie, and Boruto Movie content, you make them for a Shikamaru and Gaara stories?! Toneri Is a must for storm 4!, it doesn't make any sense at all to have The last characters, and to not include Toneri in the main story of the game at all!, even if it is as an secret fragment like you all did for Storm 3 Full Burst where you all made Sage mode Kabuto a playable character by adding a secret fragment to the story do the same for Toneri! Please Make a storm 4 full burst or a dlc patch to add Toneri As a playable character in the game.