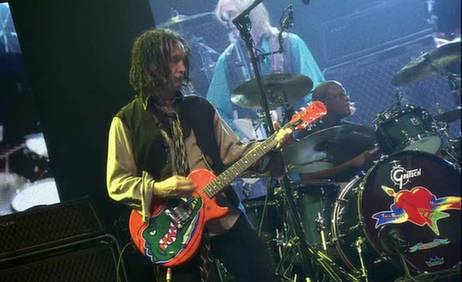 Let's bring Tom Petty and the Heartbreakers to Gainesville for the band's 40th anniversary!

The band, with special guest Stevie Nicks, performed at the O’Connell Center on the University of Florida campus in September 2006 to celebrate its 30-year anniversary. Petty is from Gainesville and, in the early 1970s, played with his band Mudcrutch at Dub’s Steer Room, which was demolished in 2014, and Mudcrutch Farm on Northwest 45th Avenue.

The band moved to California in 1974 and reformed as Tom Petty and the Heartbreakers in 1976, the year their eponymous debut album and its hits “American Girl” and “Breakdown” grabbed the nation’s attention. Subsequent albums in the band’s decades-long career generated several more timeless songs: “Refugee,” “Don’t Do Me Like That,” “Here Comes My Girl,” “The Waiting,” “Don’t Come Around Here No More,” “I Won’t Back Down,” “Runnin’ Down a Dream,” “Free Fallin’,” “Mary Jane’s Last Dance,” and “Learning to Fly.”

Petty declined to play Gator Growl in 2014, but let’s show him that we really, really want him here in Gainesville in 2016 for the Heartbreakers’ 40th anniversary.

Please sign the petition to show your support for UF’s Student Government Productions sealing the deal with the Heartbreakers!