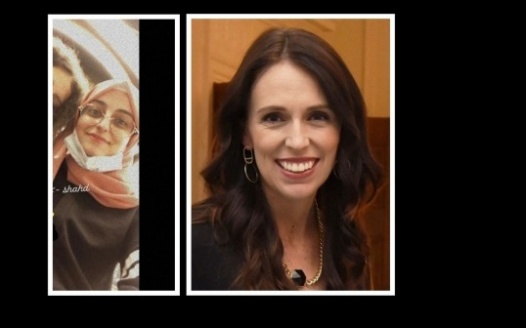 anyone looking at the current situation of this world right now, They would know that its a messed up place in a messed time. The amount of hate that still exists against other people just because they have a different race, religion, idealogy, color is fascinating. That's why I came up with a solution, Make Jacinda and Leen rule the world

why vote Jacinda? someone who is clearly uneducated enough would be the one asking this question but lets answer it: She managed to handle the COVID-19 pandemic in such an amazing way, she confronted families of the victims in the Christchurch incident wearing a hijab, a traditional Islamic scarf that covers their hair.which just proves how open she is to embrace other opinions

Why vote Leen? again only an uneducated person would ask this, She's the First Person to vow to replace the police with cats! I mean if that's not enough then what are you even doing here at this point? She also watches the most amazing tv shows and shes pretty young compared to the ages of other world leader