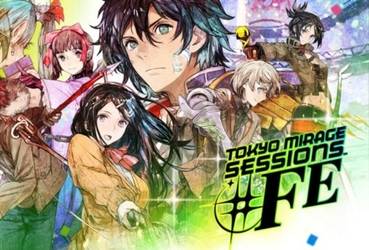 Tokyo Mirage Sessions ♯FE, known in Japan as Genei Ibunroku ♯FE, is a crossover role-playing video game developed by Atlus and published by Nintendo for the Wii U home console. The game combines gameplay, narrative and aesthetic elements from Atlus'Shin Megami Tensei and Nintendo's Fire Emblem series. It was released in Japan in December 2015 and in North America, Europe and Australia in June 2016.

I know it might be impossible, but i hope that Nintendo give the game another chance and re-release on their new system, the Nintendo Switch

The game was a very beautiful and unique, with a great turn-based battle system and funny side stories with great characters

Thanks for your time, please sign this petition so maybe more people can enjoy this masterpiece.