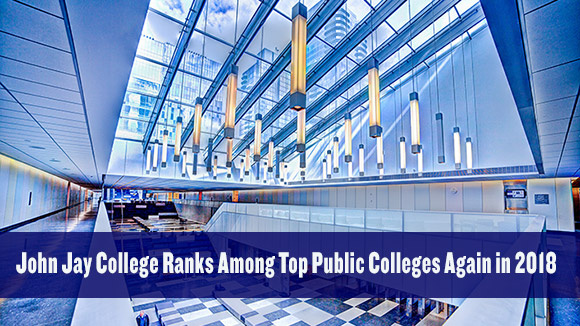 To Stop the Drug and Prostitution Ring at John Jay College

I would like to start with CUNY John Jay has always been a school that always stood for integrity and training future lawyer, police officers, and politicians, as other students like me are hope of being one of the above in the near future. As recent event, CUNY John Jay has been in several incidents that a College should not be involved in. I and other students were greatly astonished, disheartened, and stress to hear that CUNY John Jay faculty and administrators were involved in drug trafficking and prosecution ring. Innocent women students are being drug up and raped, and for worst part they are being pulled into the prostitution ring against their own wills. We do admire the Inspector General's Office starting an investigative probe on the college in order for in to focus on its true mission and goals, which is to teach the didactics of integrity for the future investigators for tomorrow. A college that is supposed to prepare its students to stop such behavior is involved in one. Many of my classmates have been stressed, and uneasy about continuing our education here.While these illicit acts are occurring the college is wrongfully not applying students financial aid package to their accounts and it result leaving an unjust balance on their account. The college is stopping CUNY John Jay should be building a better relationship with its students but instead many of my classmates including me are going through numerous challenges against school policies, and education laws and our concerns are not being heard by CUNY John Jay.