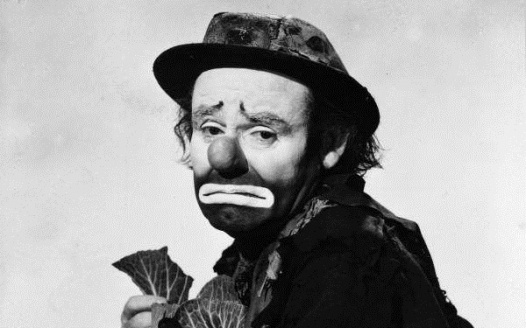 To Nominate, Emmett Leo Kelly Sr., For the Congressional Gold Medal & the Presidential Medal of Freedom

For demonstrating the finest qualities of our country and bringing memorial performances through entertainment that has brought joy to millions of Americans and,

As an emissary through entertainment to Kings and Queens and Heads of state of Foreign countries, such as the Queen of Spain, Halie Selassie, Winston Churchill and others. Bringing joy to millions of their citizens before the invasion of the Nazi forces into European countries at the onset of WWII (1938 & 1939),

For his humanitarian acts of comforting passengers and autographing a ship’s menu for a lady while returning from pre-WWII Europe on the passenger ship SS President Roosevelt in August of 1939,

For his acts of courage during July 6, 1944, Hartford Circus Fire in Hartford, Connecticut, by carrying buckets of water to put out fires and for caring for and helping panicked audience members, mostly women, and children,

And for the numerous firsts, he contributed to the art of Clowning worldwide.