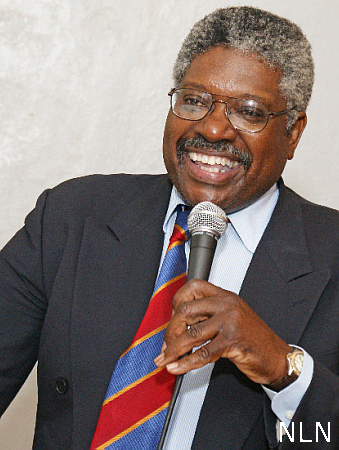 This is a petition to bring Alton H. Maddox Jr. into the 21st Century.

In a recent article, Mr. Maddox typed the following words:
"Without any funding, I have tried to keep the Black community abreast of the critical proceedings in this case even though I am subject to censorship. It would be helpful if I were not banned from public airwaves. All leading Blacks, who pretend to favor the prosecution of George Zimmerman, favor the ban of my appearing on any commercial radio or television station."
Radio & Television? Does Mr. Maddox not realize that between setting up his own website and utilizing Youtube, Facebook, Twitter & Blogtalkradio, he would have more people listening to him on not only a national but international level? What possible reason other than not wanting to step out of the old activist paradigm and into the progressive 21st century social networking paradigm could Mr. Alton H. Maddox Jr. have for not wanting to be online? Instead of waiting for local or national radio or television stations to get his message out to the masses he could broadcast a weekly podcast on Blogtalkradio or Ustream. Mr. Maddox complains of a lack of funding but does he not realize that between Paypal and Kickstarter he can raise funds for any endeavor he is engaging in?
IT IS TIME! THERE ARE NO MORE EXCUSES!
Mr. Alton H. Maddox Jr., for the love of the creator and all that is holy and righteous in this world;
PLEASE GET ONLINE!