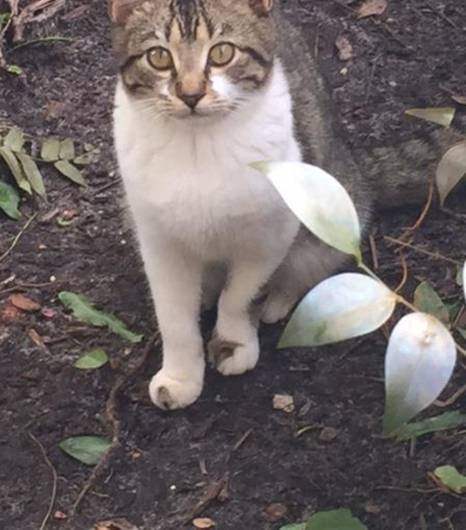 TNR is the Solution!

For many, the idea of NSU having a feral cat population has not crossed their minds. Indeed, compared to places that have colonies with dozens of cats in them, the cats living around campus seem sparse in comparison, with most people knowing the most about the four kittens and three adults living near the Founders apartment building. Commuters probably don't even know they exist! But for those of us who do know about the cats, most of us adore them and don't mind sharing the space, and there are a select few residents that feed them and make sure they get proper nutrition.

However, as with any problem that arises, controversy arose in Fall 2015 due to a few residents becoming very vocal about their dislike of the cats. The decision has now been made by NSU to remove the animals, originally planning on having them taken to the Humane Society of Broward county (though informed students protested and pointed out that the Humane Society would either not accept or euthanize the animals). Despite making the claim that they do not want the animals harmed, NSU administrators in charge of making the decision are still refusing to be receptive to the implementation of a Trap-Neuter-Return program, the most effective way to successfully and permanently reduce feral cat populations. Removal and relocation or euthanization are both proven to be ineffective in dealing with the stray problem, which is why both Dade County and Palm Beach County have TNR programs implemented county-wide! Broward County does not have policies like that, however, so the best we can hope for at the moment is convincing Nova to mimic Broward College and start a TNR program at our school!

Do you hate the cats?

TNR is the answer!

Show them you love them with a TNR program at NSU!

More info on TNR and the vacuum effect: